Is It Too Late For Me To Sue To Get My Security Deposit Back? 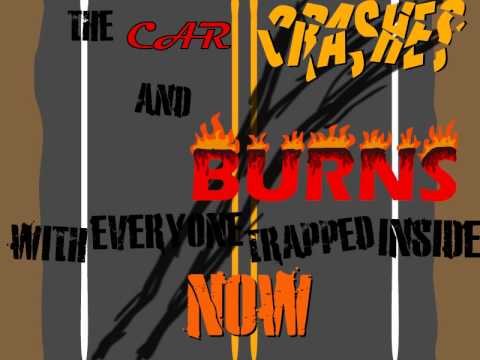 Is It Too Late For Me To Sue To Get My Security Deposit Back?

I never received my deposit or, any of it. How do I represent myself to the judge. I’ve seen judges before. They throw out cases because the plaintiff did not have their stuff together. What do I say? Do I quote CA laws?

Is it just as simple as walking in and saying here’s my typed, signed apartment lease?

I just don’t understand why some tenants wait so long to sue for security deposits. It seems to me that you’re either going to invest the time and energy to go after a landlord who stole your security deposit or not.

Landlords steal security deposits because they can. They bank on the fact that many tenants will simply walk away.

Remember the scene in the movie, Fight Club, when “Jack” (played by Edward Norton) describes his occupation to a fellow passenger on a plane?

On a long enough time line, the survival rate for everyone drops to zero. I’m a recall coordinator. My job is to apply the formula.

A new car built by my company leaves somewhere traveling at 60 miles per hour. The rear differential locks up. The car crashes and burns with everyone trapped inside. Now, do we initiate a recall?

Take the number of vehicles in the field, (A), and multiply it by the probable rate of failure, (B), then multiply the result by the average out-of-court settlement, (C). A times B times C equals X. If X is less than the cost of a recall, we don’t do one.

Landlords calculate their risk in a similar fashion: Take the total amount of the security deposits you hold (A), and subtract the probable number of tenants asserting their rights, (B), multiplied by the average judgment in small claims court, (C). A minus (B times C) equals X. If X is less that the total amount of security deposits you hold, you don’t bother to refund any of them.

Of course, that practice could change if the rate of tenants asserting their rights increased. Or if the amount of statutory damages awarded by courts increased. But tenants can’t count on the courts to fight their battles.

I’m glad you’re finally going to do something about recovering your deposit. I answered a similar question to yours almost three years ago in Tenant Troubles: Sue For Security Deposit Or SOL? You may still have time to sue the landlord:

Security deposits in California are governed by Civil Code §1950.5. The statute of limitations begins to run when the claim “accrues.” In security deposit cases, the claim accrues on the 22nd day after you move out because the landlord has 21 days to refund.

There is a two-year statute of limitation on claims for the breach of an oral contract. If you do not have a lease or written agreement with your roommate or landlord, your claim may already be going down the drain. Speak to a lawyer immediately and/or file it!

Generally, one has three years to sue for a liability created by statute which could include security deposit actions since they are governed by specific statute like Civil Code §1950.5. It is unlikely that a court would find that this could apply to an oral lease because any action on the lease would be barred after two years. On the other hand, the statute of limitation for a written lease is four years.

A judge will throw your case out if you don’t have your shit together. One way to avoid this is to prepare a brief outlining the facts of the case and the applicable laws to present to the judge with your evidence when he or she hears the case. Brief means brief–no more than a couple of pages.

No, you don’t just bring in a copy of your lease. Think about it. What will that prove? Will it prove that you didn’t spray paint FUCK YOU! all over the walls of the unit before you left? You may hear an allegation like that from the landlord. “The place was a pig sty.” “The tenant owed rent.”… etc.

Read my blog post, Grand Theft Security Deposit. Get a copy of Everybody’s Guide to Small Claims Court in California, from Nolo Press.

Go to the San Francisco Tenants Union to discuss your case and how to present it.

Classics from Evict This!

Dusty Springfield, Perry Mason, poodle in a microwave, Fight Club, poker playing dogs, dead rats and Dracula. Vote for you favorite to add to the Evict This! Classics.