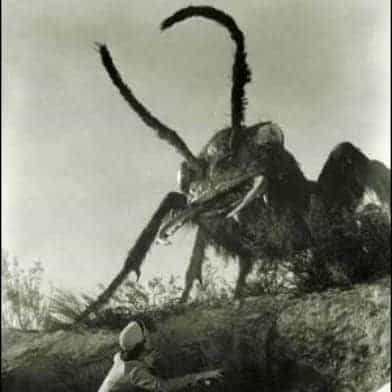 This is probably something a lot of people are going through with the cold weather: ant infestation. I rent a half-submerged basement in-law, and the landlord lives in the upstairs part of the house. I’ve lived here over four years and know the LL well. I also know the ants well, and have been vigilant this year. I have watched a giant swarm in the back yard walk over our Grants for Ants stakes for weeks, while spraying Orange Guard all around the base of the house and windows.

Then, at the beginning of the cold snap, the ants were gone. My stomach sank. I knew they were in the house. A few days later they made their ingress at the base of our food pantry, and there were suddenly hundreds of ants swarming on those food shelves, and over to more food shelves on the other side of the house. Luckily we double ziplock and tupperware most of our food, but it was a sign of doom as far as I’m concerned. I took pictures, cleaned, and left the LL a voice message. He told me to spray raid and that an exterminator is very expensive. Now they are in my bedroom and in the bathroom, going after crumbs from lunches long ago and morsels of catfood. I’m still cleaning and photographing, but nothing short of an exterminator is going to make them go away at this point. What are my rights???

I read a little factoid the other day that stated the combined weight of all the ants in the world is approximately the same or greater than the combined weight of all human beings. Ants are the perfect Stalinists. As we all know, ants are omnivorous, industrious, well-organized little creatures that could devour the whole world if they were as large as say, golden retrievers. They are also smart enough to go inside when it gets cold.

When I read your question, I was not convinced that an ant incursion rose to the level of a housing violation because ants do not carry disease, nor do they make it a habit to bite people unless they are molested. We’re just too big for them to eat. I asked a San Francisco housing inspector if it was their policy to write a violation on a unit with an ant infestation. He confirmed my suspicion and told me that they do not. In fact, he reminded me that pests in general are not covered in the Housing Code.

He pointed out that when ants do emerge as a complaint, housing inspectors can refer the complaint to the Environmental Health Program of the SF Department of Public Health, which in turn, assigns a Health investigator or inspector to perform an inspection. When you click on the site, notice that ants are not mentioned in the list of pests. So my general advice to tenants with ants is that you can make a complaint, but I’m not so sure that much can be done to make the landlord exterminate them.

You, however, have a bigger problem! My guess is that you are living in an illegal unit. If you share your electricity with the landlord or your utilities are included in the rent it is very likely that the unit does not have a Certificate of Occupancy. Generally it is not a good idea to call housing inspectors because they could notice, for example, no secondary means of egress, and violate the whole unit. The landlord, to abate the violation, would have to give you a 60-Day Notice to Vacate, pay you half of the
href=”http://www.sfrb.org/Modules/ShowDocument.aspx?documentid=1928 “>statutory relocation fees, pay you the other half when you vacate, and remove the kitchen from the unit.

You need to discuss this with a qualified tenant counselor before you begin to make complaints about your landlord. Go to the San Francisco Tenants Union or the Housing Rights Committee of San Francisco.

I hope I’m not sounding too flip, but in the meantime, try Raid. I use it very effectively in a building that houses at least a billion ants. I just spray at the point of entry. Granted, my unit is not below ground level, but Raid works for me.