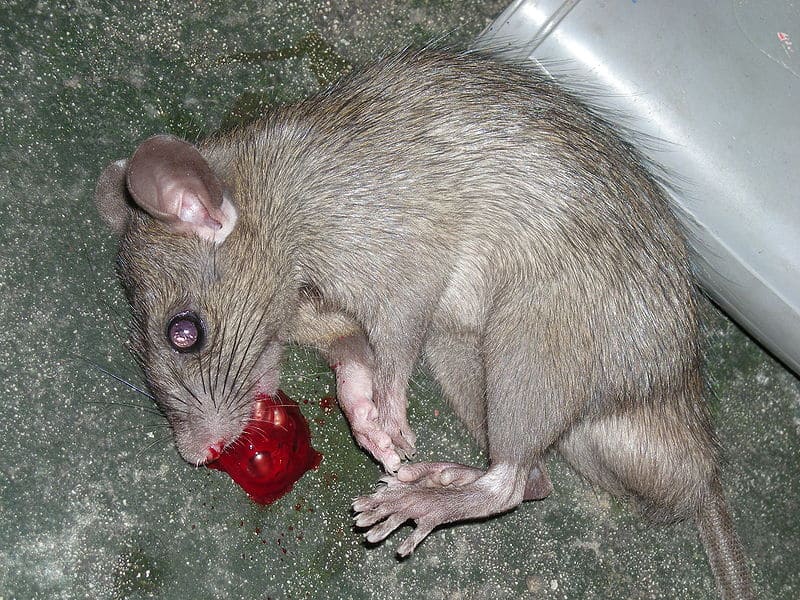 Time To Get Medieval?

A few weeks ago, in one of my usual internet searches for local tenant news stories, I ran across an article that saddened and enraged me.

A three-month old baby in Louisiana died in her home from blood loss due to rat bites. There were holes in the walls and holes in the floor. Evidently, the landlord spent FEMA money earmarked to repair the house on something else, but the authorities were still trying to determine if they should file criminal charges against the parents! Judging by the comments I found on various websites, most people want to blame the tenants for this tragedy. “They should have been watching their kid.” Or this particularly vile response from an especially moronic Examiner reader: “It’s always someone else fault, isn’t it? Why not blame the landlord …? Yes, he may be a slumlord. His rental house is probably a dump. But it’s a matter of common sense and personal responsibility. Natalie’s parents must have had the option of moving out and finding a better place. Or taking it upon themselves to fix up the home.”

William Randolph Hearst would have been pleased with this commentator—another dupe so mired in her own petty, vindictive, little world that she will buy anything and crap on anyone less fortunate to make herself feel better. How about a little compassion?

I mentioned last week that many tenants opt to live in these hovels because they’re afraid they’ll be evicted if they complain or that they can’t afford to move.

Why not blame the landlord? It’s a good place to start. I don’t know if Natalie’s parents informed the landlord about the conditions in the house. I don’t know where his culpability began. All I know is that he must have known something. He freakin’ applied for FEMA money to repair the house! The news article notes that the landlord was unavailable for comment. If he won’t comment I will.

We don’t live in the middle ages. Or do we? As I have already noted, it wasn’t until 1970 that California codified what constituted a “tenantable” dwelling and finally in 1986 the California legislature passed the law allowing a tenant to avoid eviction for nonpayment of rent on an uninhabitable dwelling.

We do not live in the New York City tenements in 1881 when the New York Times graphically reported that a baby died from rat bites. Or do we? Note that the report stated that the family was “poor but cleanly” but the landlord who rented the dwelling to them was not mentioned at all.

What happens to landlords who are convicted of habitability crimes? Not much, it seems, just like medieval times. I did a quick search of the web to find articles about landlords who have been punished criminally in the United States.There a few instances when landlords have been sentenced to jail for code violations, but it is interesting to note that most of the articles that chronicle criminal sentences for landlords come from Great Britain and Canada, not here. Is there a health care comment in that? This example while rare is, unfortunately, typical: An Ohio landlord was sentenced to ninety days in jail for renting a trailer that he knew had faulty wiring. Five tenants died in a fire caused by that faulty wiring.

Or the Bronx landlord who was was finally sentenced to nine days in jail and fined $156,000 for failing to address 2,268 open violations at this building. Ninety days in jail when five people are dead? Nine days in jail for endangering the lives of hundreds of tenants? There are plenty of pot smokers in the United States spending far more time in jail. “Oh, Dave,” some of you more legal-minded folk out there are saying. “You’re a lawyer, you should know that you can’t charge people with crimes if you can’t prove their intent. That slumlord in Ohio didn’t intend to kill five people.” 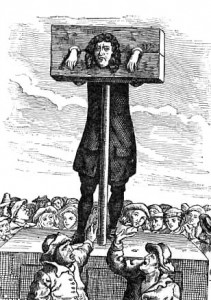 In other words, we must change our core assumptions about the landlord tenant dynamic. Rather than relying on thousand year old common law to assess a landlord’s intent when he takes a tenant’s money, only to put the tenant in peril, we should pass laws to define that transaction as theft.

If a tenant dies during the commission of that theft, the landlord is guilty of murder, pure and simple. It is only a matter of writing laws to define the crime, just like we did when we mistakenly defined smoking marijuana as a crime. When tenants can get sick or die due to a landlord’s fraud, it is no mistake to define that as a crime.

Tenants need legislative protection from unscrupulous landlords and should be demanding it every minute of every day. Oh, you say, it will cost too much money to enforce new laws to curb murderous landlords. In California we spend $170,000,000 a year to to enforce marijuana laws. Don’t tell me we ain’t got the dough.

Finally if we, as a society, are going to insist upon maintaining our medieval, status quo assumptions about how landlords and tenants should interact, maybe we should consider bringing back medieval punishment for bad landlords—pillories.