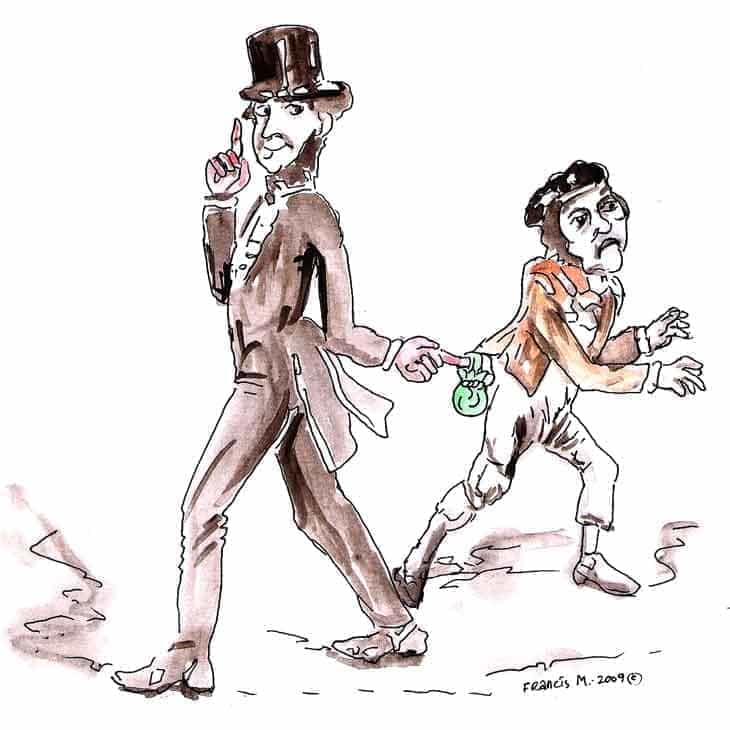 In my blog post Grand Theft Security Deposit, published June 16, 2009, I speculated that hundreds of millions of dollars were pilfered every year in California because landlords unreasonably retained tenants’ security deposits after move out. I pointed out that in my experience as a tenant counselor at the San Francisco Tenants Union, each shift I attended I heard anecdotal evidence that landlords were stealing about $3,000.00. This hasn’t changed.

As you may know I have been conducting a poll on this site for the last several months. The poll asked this: “In your overall experience as a tenant, how much money have landlords stolen from you by keeping your security deposits without cause to do so?” While the sample was small and cannot be conclusive on the matter, to me the results were not unexpected:

Is it true that 71% of all tenants have been ripped off in some amount by their landlords? I understand my readers may be biased, yet it is clear from my experience and news accounts that landlords steal tenants’ security deposits. Landlords also collect substantially larger security deposits these days because rents have gone through the roof. The temptation to steal is there and many landlords succumb. What can you do about it?

Demand that small claims limits be raised for real people.

The small claims limits should be raised to at least $10,000 if not more.

Currently the maximum a tenant can collect in small claims court is $7,500. What do you do if the landlord kept your $3,000 in bad faith and you want to collect the full amount of statutory damages? Your claim is $9,000, but you can only sue for $7,500.00. It is unlikely that you’ll want to hire a lawyer for thousands of bucks to make $1,500 unless you have other claims or a lease that can get attorney’s fees if you prevail. So you’ll forfeit your $1,500. You’ll eat it.

Last June, San Diego Union-Tribune columnist, Michael Stetz, proposed raising the small claims limit in California to $10,000. He noted that Georgia and Delaware have limits of $15,000 and that even Tennessee has a $10,000 limit. Opponents to raising small claims limits worry that businesses like credit card companies will use higher limits to go after consumers in the easier, cheaper venue of small claims court. But California law already foresees that issue by only allowing natural persons, i.e. real, flesh and blood people as opposed to vampire corporations, to sue for $7,500. Corporations and municipalities can only sue for $5,000. Naturally, I’d suggest that corporations be barred from using small claims court at all. Tenants need to be able to recover all of their damages without the added expense of lawyers and superior court. The small claims limits should be raised to at least $10,000 if not more.

Demand that landlords be required to hold deposits in a separate trust account.

As an attorney, I have to keep a trust account. Why shouldn’t landlords be forced to do the same? Massachusetts, Pennsylvania, New York and other states require landlords to keep separate accounts for tenants’ security deposits. California does not. It’s a no-brainer. If landlords are required to account for security deposits by establishing a trust account, the temptation to spend the dough now and try to withhold it later can be mitigated.

Demand that interest be paid annually on security deposits.

San Francisco already requires that interest be paid annually on security deposits. The interest rates are set by the San Francisco Rent Board. While most landlords “forget” to pay on an annual basis, many tenants are pleased and surprised at the small windfall if the landlords pay the accumulated interest on the deposit at the end of the tenancy. And that’s a big if. I see many instances where landlords don’t pay interest at all and the tenants were unaware of their right to collect it.

Other cities require that interest is paid on security deposits, but this should be mandated on a statewide basis.

Send an email or letter to your state legislators with these demands.

If you do not know who your California legislators are, click this link to find them. If you already know their names, here are links for State Senators and Assemblypersons.

Tell your representatives that these proposals are neither new nor radical. Point out that other states have implemented these requirements and nobody got hurt. Landlord and real estate lobbyists always argue that this type of legislation will put Ma and Pa Cheese Ball out of business. It is simply not true. Requirements like these will only make Ma and Pa a bit more professional while making Mr. Big Slumlord much more accountable.

Demand that a landlord who has not refunded the deposit in 21 days and failed to provide an accounting to the tenant forever loses the right to defend his case.

My business partner Solvejg Rose successfully helped a friend get her security deposit in Florida after the landlord initially refused to refund it.  In Florida, if the landlord does not account for the security deposit to the tenant providing the rationale for retaining it, he waives his right to do so! He cannot later offer any defense why he should not pay the money back. This is powerful medicine, but necessary in California.

Illinois has this provision in their security deposit law. If a tenant wants to engage the services of an attorney rather than suing in small claims court and has a good case, why not take it to superior court with the expectation that she can recover her attorneys fees? The addition of this remedy would make a landlord think long and hard before he arbitrarily withheld a security deposit. The prospect of paying tens of thousands of dollars for the folly would deter many unscrupulous landlords.