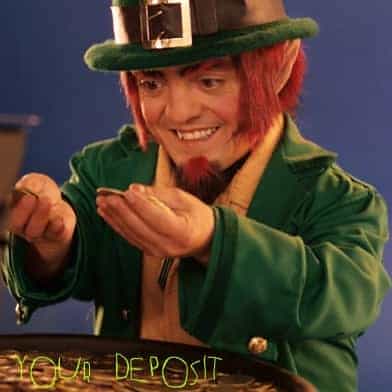 How Do I Figure Out The Interest My Landlord Owes Me For My Deposit?

I thought this might be a good question for people like me who sublet temporarily in SF for a couple of months to give themselves more time to look for more permanent housing.

I am subletting an apartment in a 5 unit old Victorian in the Mission District of San Francisco for about 3 months from the original tenant who I met off Craigslist.  The tenant was temporarily leaving to take care of an ill family member on the East Coast.  I offered to write up the sublet contract because she was leaving for the East Coast in 5 days and was clearly distraught and still had a lot of things to take care of.

The tenant asked for an initial payment of the rent for the first month and the last month and an additional security deposit of a month’s rent of $1700 (in cashier’s check), plus utilities of about $60 in addition to rental reference and credit check.  She also asked me to include an option in the contract letting her move back in a week earlier and she promised to pay me back the prorated one week’s worth of rent before I vacated the apartment.  She has 30 days to return my security deposit.  She told me some other things to put in the contract about her plants and keeping the place clean and we agreed on the final version over phone and by email before meeting in person.

Before I moved in I asked to meet her landlord but she assured me she already talked to him.  We met the day before she left, went over the contract together and signed it then she gave me her keys.  A month into the sublet I ran into the landlord who was surprised to meet me and asked if I was living in that apartment.  I explained to him that I was subletting for about 3 months and was equally surprised that he didn’t know about it.  He told me the tenant had previously sublet to another people without telling him and he was unhappy about it but that generally she was an okay tenant who had lived there four years.  After some small talk, we exchanged contact information and he told me to let him know if there were any problems or anything that needed to be fixed.

Since that time, the tenant has exhibited more worrisome irrational behavior.

1.     She called me trying to change the move back date in the contract to a much earlier date (not what we agreed to) and then promised both over the phone and by email to mail me the payment for the week’s rent plus utilities before my move out date in March (it’s been two weeks and I have not received it).  There is a specific provision in the contract saying that she needs to pay me that amount before I vacate.

2.     When we discussed the security deposit she was cagey saying that she would mail it back to me but she needed to hang on to it for the 30 days. Honestly, there is nothing in her apartment repair or otherwise that would be $1700.  I’ve kept everything the way she left it, watered her plants for her, and I don’t use her dishes or cookware because I have my own

3.     When discussing move out the date, she asked me to vacate the apartment and leave the keys in an envelope in her mailbox because she was going to “emotional” coming back to her apartment and wanted to be alone.  I objected saying that I felt more comfortable handing her the keys in person to make sure she received them, also that we should inspect the apartment together before I left so she could point to things that were “broken” she would use the security deposit to fix.  She reluctantly agreed but I have the feeling she wanted to avoid me.

I am worried that she is going to try to keep both my security deposit and also my week’s rent.  What can I do?  Refuse to vacate the apartment until she pays me at least the week’s rent?  Should I ask for a cashier’s check?  Get her landlord involved in this?  If she doesn’t pay me my security deposit what would I be able to do?  Small claims court?

Do I have any rights as a subletter?  What can I do to protect myself at this point?

I feel bad thinking this way but she has given me the impression that she is hanging on to my money because she’s not doing so well financially.  I don’t think she’s working right now.  Of course, I am hoping for the best but in our interactions with each other she has given me a negative impression of her in a short amount of time.  At first, I felt bad for her and thought this arrangement was mutually beneficial but now I feel like she’s trying to take advantage of me.

Cases like this drive me crazy. It’s not enough that we in the tenant defense business have to deal with unscrupulous and/or uninformed landlords, we have to deal with tenants who decide they own their units and rent them out like landlords.

Master tenants who sublet in this manner rarely obtain the landlord’s consent to sublet. I write thousands of words complaining about landlords who don’t give a rat’s ass about their tenants. It’s always money. money, money, me, me, me.

The master tenant here is no different. She didn’t bother to consider that she could be subjecting you to a costly lawsuit that could ultimately effect your credit rating to the extent that future landlords won’t rent to you, not to mention that this could be a scam. She’s a Bad Master Tenant.

Luckily you’re not presenting the worst case scenario. The landlord could have served a notice to cure or quit alleging illegal subletting. Then the master tenant and you could spend the next couple of months defending an unlawful detainer (eviction) action–a lawsuit that the landlord would likely win. I have to say , your landlord gracefully handled the news that you were the new subletter.

The master tenant is either oblivious to the Rent Ordinance or she is relying on your naiveté. Bad.

To understand the scope of your rights as a subtenant you should first read Rent Board Rules & Regulations §6.15C. The regulation is very specific. Unless the master tenant has informed you in writing, before you sublet, that you are not subject to the just cause eviction provisions of the Rent Ordinance, the only way the master tenant can evict you is by alleging one of the just causes like nonpayment of rent, nuisance, habitual late payment, etc.

Even if you have been informed that you are not subject to “just cause” eviction, the master tenant would have to serve you a 30-day notice to quit.

Essentially, you have obtained most of the rights of a subtenant and you could tell your new “landlord” that you plan to live in the unit forever.

You also have to ask yourself if she’s simply scamming you. Believe me, that’s more common than one might think. Is she charging you more rent than she pays? What’s with the $5,100.00 charge for a temporary sublet? Did she use the dough to finance her trip? Check the Superior Court website to see if she has been sued for this before.

And here’s a thought for you: It’s not usually a good idea to give a stranger you’ve met on Craiglist over $5,000.00 unless the services are performed immediately.

So what do you do?

The landlord won’t want to get involved and he doesn’t have any duty to you anyway. He might get fed up and evict the entire household, but that does you no good.

I think you should simply tell the master tenant that you will move out, if she returns all of the unused rent  including the security deposit. (BTW, Civil Code §1950.5 provides that the landlord must return the deposit in 21 days, not 30.) She needed to hang onto to it for thirty days? Bad.

When you move out, the transaction should be a “cash for keys” exchange. That’s cash or a cashier’s check, not a rubbery gotcha note.

If the master tenant balks, you’ll know she spent your money. As distasteful as this may be, you may have to tell her that she just acquired a new roommate until she pays you.

You can also move out and sue her in small claims court, but the likelihood of ever collecting is small. The master tenant is unemployed and, think about it, her only source of income may be the next sucker she finds on Craiglist.

Why am I so freaking nasty when it comes to master tenants like this? They screw it up for the rest of us. Ironically, whatever the internal justifications master tenants sublet in this manner–ineptitude, desperation or greed–those justifications provide the fodder for landlords to demand the repeal of rent control. Of course, the repeal of rent control would further subject tenants to landlords’ greed, desperation and ineptitude.  Bad, bad, bad.