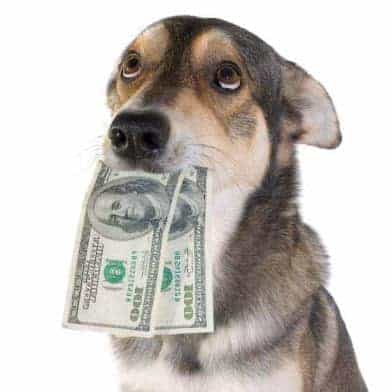 Losing Your Security Deposit For Subletting?

I started subletting a room in an apartment in June. The lease was up this October. A week before I was due to move out, the landlord (who I had never met) showed up in my room at 8:30 in the morning, surprised as to who I was. Turns out the girl I was subletting from (who was on the lease) wasn’t allowed to have subletters. But she never told me that!

Now she told me “we” might not get our security deposit back. I feel like I should get my portion back as I was unaware that I wasn’t allowed to sublet. I’d even take her to small claims court. Do I have any legal claim to my security deposit, or is it my fault for assuming she was allowed to sublet if she was posting ads for subletters on craigslist?

The fact that you were, arguably, an illegal subletter has absolutely nothing to do with your security deposit.Your (and your roommate’s) security deposit is just that–a deposit held by the landlord from which to deduct damages in the unit, caused by tenants, that exceed “normal wear and tear.” The landlord can also deduct unpaid rent from the deposit. This is clearly spelled out in California Civil Code Â§1950.5.

This could be a ploy by the landlord to keep your security deposit. I believe that the illegal retention of security deposits by landlords is simply theft. I also think that landlords could be bilking tenants to the tune of tens of millions of dollars a year in California. So I wouldn’t be surprised if the landlord is trying to use this as an excuse to keep your dough.

Hopefully, you and your roommate have taken some precautions to prove that you deserve the return of your security deposit when and if you have to take the landlord to small claims court. You can find a list of them in my blog post, “Grand Theft Security Deposit.”

If you have to take the landlord to court and he offers up the lame excuse that he kept the money because you were an illegal subletter, boom (the sound of a righteous gavel), case closed. It is more likely that the landlord will say you damaged the premises in ways that exceeded the scope of normal wear and tear. That’s why it is important to have photographs to prove him wrong.

The landlord may provide photographs of his own at the hearing. Study them carefully. Are they closeups that could be from anywhere? Do they show anything other than normal wear and tear? In a trial we had over a similar issue, the landlord submitted a photo (blown up to 11″ x 14″) of a pubic hair on the hardwood floor. I don’t know if the guy expected the case to be tried by Clarence Thomas, but nevertheless, he lost.

You should tell your roommate not to accept the landlord’s rationale for refusing to return the deposit. Show her this article.

Of course, the other possibility in this scenario is that your roommate is lying to you about the security deposit. I hope that isn’t true, but if it is, you can sue her because she, as the master tenant/landlord, retained your portion of the security deposit in bad faith.

It’s time to start getting all of these bozorific statements to you in writing. Read California Civil Code Â§1950.5 so you can respond, in writing, with ringmasterish authority. Emails will be fine.

Bring all of your evidence to the San Francisco Tenants Union and ask them to help you begin to prepare for your small claims case.Good luck. Only you can stop grand theft security deposit!