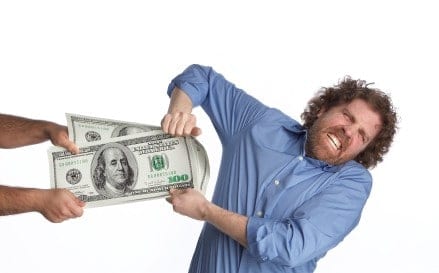 Surprise! You’re Not Getting Your Deposit Back!

I moved out of an apartment last June 30th. My former landlord’s representative did a walkthrough on June 16th and said everything was ok.

I had the carpet cleaned per my lease agreement and submitted proof.

On July 22nd I received a letter saying they were keeping my security deposit, the letter is dated one day after the deposit was due. They cited damages to the apartment for the deductions and even tried to tell me I owed them money. I was never given an opportunity to correct any problems and never provided with receipts for repairs.

I have been busy with other matters and am now ready to devote some time to this, if it’s not too late.

So, is it too late and do you think I have a case?

If the landlord’s representative did a walkthrough and did not note any repairs that needed to be made to recover the security deposit, you should have a slam dunk winner, right? Unfortunately the answer is, as usual, maybe.

Civil Code §1950.5(f)(1) requires the landlord to notify a tenant of her right to an inspection no more than two weeks before move out. It also provides the procedure for an inspection.

Civil Code §1950.5(f)(2) states “Based on the inspection, the landlord shall give the tenant an itemized statement specifying repairs or cleaning that are proposed to be the basis of any deductions from the security the landlord intends to make […]”

First, you must be prepared to prove that the inspection took place. Hopefully, you saved correspondence about the proposed inspection or copies of a notice to enter for the inspection.

If you get lucky, the landlord’s agent will sign a declaration that he told you everything about the apartment was in order at the inspection. Occasionally, tenants can procure this type of testimony because the (former) representative is fed up with the landlord. Remember landlords who don’t refund security deposits don’t pay their other bills either.

More often the landlord or his representative will show up at the small claims hearing and deny that the inspection ever took place. If you don’t have evidence of the inspection, that could be a problem.

As you probably know, I think it’s very important to have photographic evidence of the condition of the unit when you vacated. Certainly your testimony and that of your witnesses is admissible, but you know the old saw about a picture being worth a thousand words.

The statute of limitation to sue a violation of Civil Code §1950.5 is the same as the limitation for suing under a contract–two years for an oral lease and four years for a written lease. You still have time to sue. I suggest you do it sooner rather than later.

As with all small claims cases, you are required to first write the landlord a demand letter. In your letter, firmly point out how you can prove the landlord violated the law. Remind him that you will be suing for you deposit plus the statutory damages.

In your case it sounds like you will be asking for your entire deposit plus double your deposit in statutory damages (just treble you deposit.) If that amount is more that the small claims jurisdictional limit ($7,500), tell the landlord you will sue him for $7,500.00 if he doesn’t pay in, say five days.

Now it’s time for me to remind you to take all of your documentation to the San Francisco Tenants Union and discuss you case with a tenant counselor.