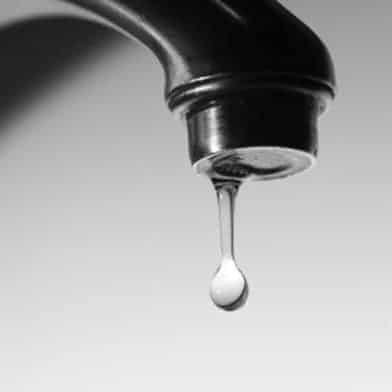 Is My Building’s High Water Bill My Problem?

I’m a loyal reader and always figured the day I had trouble with my landlord you were gonna be one of the first people I contact. Last Friday night (11:00 p.m.) my girlfriend got a call from the landlord saying our water bill was out of control, and she was going to stop by to see what was going on, and to have my lady call her in the morning.

7:30 a.m. Saturday morning the doorbell rings, next thing you know she’s knockin’ on our door (we’re in an in-law). She proceeds to leave a memo (with copies of both March/May bills) stating we’re responsible for the increase and have to pay the difference with our upstairs neighbors. She says she doesn’t want to raise our rent, but might have to if we don’t conserve. The bill is crazy, $932, usually it’s about $125 (according to her) it says we used over 90,000 gallons of water in the last billing period. There’s NO WAY we used that much water, and if there’s a leak in the house, I haven’t noticed a thing. Oh, and to add to that, in our lease it states we only pay 25% of PG&E, that’s it.

So I did a little research about my rights (along with the ladies who live above us) and everything I’m finding says she can’t do that. We contacted the Water Dept. and have set up a walk through, but the whole thing just doesn’t seem right. There’s no way she can make us pay for a problem we had nothing to do with right? I mean it sucks it’s a huge bill, but it’s not in the lease and it’s not my problem anyway.

I also believe she violated the lease by entering the house with less than 24 hours notice and that her threat to raise the rent was pretty empty. I believe we qualify for the .1% rent increase. Any information on where I should go from here would be greatly appreciated.

Also, if I happen to be wrong about anything could you let me know where I could find more info to help me out in this situation.

To begin with, an 8 hour phone notice just doesn’t cut it. It’s not only rude, it’s illegal. It’s not a violation of the lease, but a violation of the law–California Civil Code 1954 which requires 24-hour written notice. I wrote about this in “Tenant Troubles: Sorry, CitiApartments, ‘Routine Inspections’ Are Illegal,” February 3, 2010. Of course, the exception to the statute is entry in case of emergency. In this landlord’s self-centered, penurious, pea-brain the water bill may have constituted one. Try calling her at 11:00 p.m. some night and cheerfully announce, “We’re coming over for breakfast. We’re hungry!” See how that plays.

Sure the water bill is a problem…the landlord’s problem, unless she can prove that you or the tenants upstairs did something to cause the spike in usage. We had a case in which the landlord accused our clients of running all the faucets after they vacated, creating an enormous bill for 200,000 gallons of water. The landlords could not provide any evidence. They were guessing and they lost. The same is probably true here.

You did the right thing in calling the Water Department (Public Utilities commission) It will be interesting to see what the PUC technician has to say. Leaks can be caused by cracks in the pipes anywhere on the property or any number of other things. Leaky toilets are often the culprits. If you notice a leaking or running toilet you should report it to the landlord. But it’s still the landlord’s responsibility to fix it.

Unless the landlord can prove the tenants caused the leak, she’s SOL. She can’t raise the rent in any scenario. Assuming you live in a rent-controlled apartment, excess water usage is not a justification to raise the rent beyond the .1% allowable increase for 2010. From what you’re telling me, your lease seems to indicate that the landlord is obligated to pay the water bill anyway.

This is a subject for another column, but from the facts as you state them, I think you’re living in an illegal in-law unit. You should go to the San Francisco Tenants Union to check that out. Don’t call any housing inspectors until you do.

Why don’t you send me your landlord’s phone number? I’m hungry!