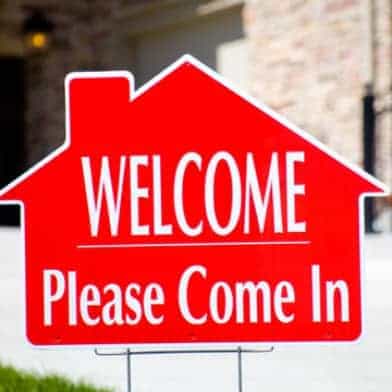 My Building Manager Says I’m Denying Access To My Apt., But I’m Not!

One of the owners of my building, I’ll call him DJ, was also the former manager until Jan 2010 when management was turned over to a professional managing firm, I’ll call Slumco. I have been having problems getting the managing firm Slumco to remedy an outstanding notice of violation issued by SF DBI over eight weeks ago.

Last week, out of the blue, the former manager DJ emailed me and said he wanted to send in a work crew within a day. I had not received any notice of change in management, so I asked him whether he was acting as the manager and if he was still a partial owner.

He did not answer those questions and then accused me of denying access, which I did not. I have been more than accommodating and never denied access. I’ve allowed many people in to evaluate and estimate repairs but nobody has actually done any work.

I emailed the president of Slumco and asked him if DJ was now the acting manger and he replied “DJ is our Attorney”. I had no idea he was a lawyer, let alone the acting lawyer for Slumco. He never disclosed this fact and used his same old email address as when he was the former building manager.

In communication, is he required to inform me which capacity he is acting in? Doesn’t he have to disclose that he is a lawyer? Does he have a conflict of interest?

The first thing I do when a tenant tells me that a landlord is represented by a lawyer who I don’t know either personally or by reputation is look him up. It doesn’t happen often, but every once in awhile I’ll run across someone who thinks that he can intimidate tenants by claiming to be a lawyer. It’s easy to set them straight. On two occasions, I caught unlicensed attorneys filing unlawful detainers. Now that’s a real kick!

Check the State Bar attorney search engine to see if DJ has his JD. Actually, California is one of few states left that does not require one to graduate from a law school to be licensed to practice law. You don’t need a JD (Juris Doctor) if you do a rigorous course of study under a practicing attorney or judge. It’s very possible DJ is a lawyer. Check out how long he’s been in practice and if he has any disciplinary actions filed against him.

I did a quick search in The Rules of Professional Responsibility and a few cases. I can’t see any requirement that DJ has to tell you he is a lawyer. There is very little possible conflict of interest. He has always been in an adversarial position with you. That is, unless he is getting confidential information by seeking to represent you, he has always been a potential enemy. And you know it. Next time you communicate with him (in writing), ask him who he is representing.

I don’t think any of that really matters. The real questions are: How many fricking inspections and estimates does it take to abate the violations? And where is your formal 24-hour written notice to enter? Check out “Sorry, CitiApartments, ‘Routine Inspections’ Are Illegal” for a refresher.

Certainly, the landlord has the right to enter to exhibit to workers for repair estimates and to make the repairs. However, DJ should be aware that he could be violating your covenant of quiet enjoyment. Here’s a legal concept: He could also be in violation of California Civil Code 1940.2(4) which makes it illegal to commit significant and intentional violations of Section 1954 for the purpose of influencing a tenant to vacate. The statute provides for penalties of up to $2,000.00 for each violation.

You also might want to provide a bit more continuing legal education for DJ and inform him that you’re not paying your rent next month if the repairs are not completed. California Civil Code 1942.4 provides that landlord cannot demand or collect rent if a dwelling has substantial habitability defects that are not your fault, reported by a government official and outstanding for more than 35 days. Check with the San Francisco Tenants Union or a tenant attorney before you withhold the rent.

The threat of a legally sanctioned rent strike is something that all landlords understand, lawyers or not.