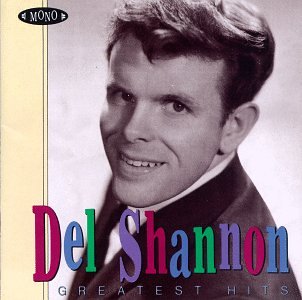 I Complained About Maintenance.

Building was built 8 years ago. Two roommates and I rent a three-bedroom condo from its owner. Rented it to us as a three-bedroom, but we have good information that the third bedroom is illegal–built without a permit.

Construction on the building has kept us from using around a third of our unit. After writing many complaint letters he ignored, last month he sent us a notice that he was increasing our rent by around a third. We feel this is in retaliation for complaining about being partially constructively evicted from our unit. Rent is 3500, increase is for 1200.

Do we fall under the ordinance?

Unfortunately, because the building is a newer one, built after 1979, you are not covered by the San Francisco Rent Ordinance. You can only avail yourselves of the protections of California law. You may as well be living in Bakersfield.

That doesn’t mean that you don’t have any tenant rights. Your rights are just more antiquated and harder to enforce. It’s like you’ve traveled back in time about 40 or 50 years. The Billboard Magazine Number One pop song in 1961 was, appropriately, “Tossin’ and Turnin’” by Bobby Lewis. You’re probably doing a little of that, dealing with your Cheese Ball landlord.

The first thing to do is check to see if the landlord has the requisite building permits for the construction. It’s amazing how often arrogant wads, like your landlord, don’t bother to get permits. And on top of that, don’t consider that their tenants might get angry and turn them in.

Go to the Department of Building Inspection Online Permit and Complaint Tracking site, type in the address and check if the landlord has the permits. Also see if there are other complaints on the unit or the entire building. Remember the unit is considered a single family dwelling because it’s a condo. The building may have separate complaints.

Next, call a Housing Inspector to write up violations in your unit. It doesn’t matter if the work is legal or not if you have substantial violations of the implied warranty of habitability.

Finally, the rent increase may very well be a violation of California Civil Code Â§ 1942.5which defines and provides remedies for retaliatory evictions. Civil Code Â§ 1942.5 essentially provides that the landlord is presumed to have served the rent increase notice in retaliation if it was served less than 180 days after a complaint from the tenant regarding the habitability of a unit. The code also provides for statutory damages and attorney’s fees to a prevailing party.

Go to the San Francisco Tenants Union to discuss your issues with a counselor. You can flesh out your possible causes of action and develop a strategy to deal with your landlord. You should at least write him a letter warning him that you will sue him if he continues his behavior.

Hopefully, you have some DBI notices of violation to support a demand that the construction is completed in a timely manner.

Do not withhold your rent. You do not want to be a defendant in an unlawful detainer (eviction) lawsuit. Alway complain about maintenance in writing.

After all is said and done, you get to sue your landlord. Isn’t that wonderful? You get to hire an attorney. You get to spend a couple of years thinking about and dealing with your landlord, whether you still live in the unit or not.

If you talk to me, it’s likely that I’m going to tell you the same thing that I tell tenants every day, “Make a business decision.” In your case, your landlord will have the absolute right to evict you without cause somewhere down the line. He will also be able to increase the rent to more or less whatever he wants, if not now, later.

Usually, apartments without rent control are not worth fighting for. Depending on the provable damages, many affirmative lawsuits are not worth the aggravation. That’s why landlords get away with so much shit. They make the laws. They know that tenants often don’t have the means or the time or the stomachs to fight them.

I hope you can solve your problems with your landlord. If you can’t and you’re pissed off, the chances are that your anger would be better served working to change the laws than to sue the landlord. Join the San Francisco Tenants Union and/or call Tenants Togetherand ask them how you can help.

In the meantime, consider the 1961 Number Five Billboard hit, “Runaway” by Dell Shannon. Maybe it’s a song your landlord should be singing.