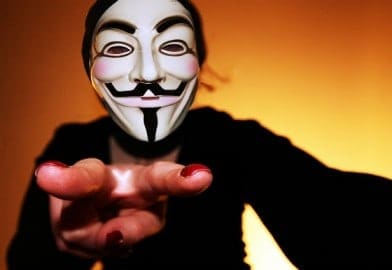 Can My Landlord “Bank” My Annual Rent Increases?

I live in a 15 unit building that was built in 1907. I’ve lived in my small one bedroom apartment for 19 years, and in that time, the building transferred ownership once, in 2001. At that time, the new owners tacked on a rent increase because of “capital improvements,” and this was an increase that actually ended in 2011, so my rent returned to its 2001 price last year.

The landlord hasn’t raised my rent in the past 4 years, not even the small yearly increase that is allowable by law. So my question is, why would a landlord choose NOT to raise rent if they are legally able to? I can’t imagine it’s just to be nice. Is it likely they are banking the increases so they can throw four years worth (or more) at me all at once? And is that even legal?

Is the landlord foregoing the annual allowable rent increases to be nice? I doubt it. Is this some scheme to dump a huge increase on you in the future to force you to move out? I doubt that too. Never ascribe to malice that which can adequately be explained by incompetence. I often substitute the word stupidity for incompetence. In your case it’s probably neither, unless you believe that business decisions are always inherently malicious–an apt conclusion these days.

The annual allowable rent increases under the San Francisco Rent Ordinance for the past four years are, cumulatively, 6.7%. If your landlord has multiple properties, he could be waiting to increase the rents when it is more profitable to do so. He may not think it’s justified to incur the expense to to recalculate the rent and send out notices for, in your case, a 6.7% increase in gross revenue.

By law, a landlord may bank the annual allowable increases. There is no limit to the amount of rent increases that can be banked since April 1, 1982 and there is no time limit for imposition of these banked amounts. Indeed, I have seen banked increase notices that go back all the way to 1982, usually imposed by new owners seeking to immediately increase a building’s income. Is it fair? No. Is it legal? Yes.

As I said a couple of weeks ago. Courts have, time and again, decided that landlords must be able to get a fair return on their investments. Banked increases are a part of that scheme. Landlords will point out that a banked increase is not retroactive and that you should be grateful for all the money you saved over the years.

San Francisco Tenants: You need to understand that your landlord can, at any time, make up for years that he did not increase your rent by “banking” the annual allowable increases and charging them all at once. California Civil Code § 827 requires a landlord to give you a 60-day notice for such an increase if that cumulative increase is over 10% of your existing rent.

Banked increases will almost always be imposed by new owners. If your building has recently been sold and the old landlord has not increased the rent for awhile, plan on a banked increase. For that matter, all San Francisco tenants should always plan for a banked rent increase.