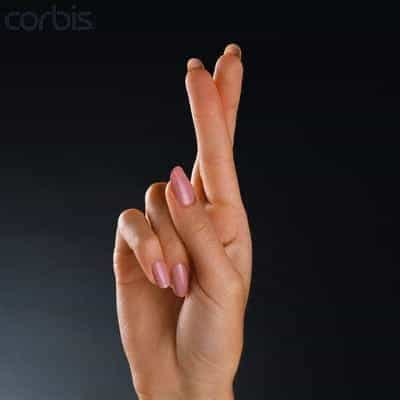 Your Landlord Is Lying To You, Why Are You Lying FOR Him?

Aug. 1, 2009 – Carmen is laid off and posts an ad on Craigslist that I answer and then replace her on the 1 year lease.

Oct. 1, 2009 – Carole moves in with her boyfriend and we find a girl named Alison to replace her on the lease as well.

May 1, 2010 – Alison moves out to go away to college and a girl named Valerie takes over her month to month status.

Am I wrong or right about my interpretations of Prop H? I have been here a little over 1 year and Brad has been a little over 2 years.

A bank employee had come to the house several times the past few months asking if the landlord lives here and I gave purposefully vague answers and then called the landlord who asked that I lie to them next time and say she does live downstairs but was out that day.

This morning I was awakened by the mailman ringing our bell and I threw on my robe and answered the door and I had to sign my name for the envelope that I assumed was our eviction notice. However, I forgot to check the name on it and, after opening it, found it was addressed to the landlord and contained a document that is titled “NOTICE OF DEFAULT AND ELECTION TO SELL UNDER DEED OF TRUST”. I assume that means this place is in foreclosure.

When I mentioned the bank employee in my email to the landlord about relocation fees he called and said the bank has nothing to do with our eviction and that he is just having family from Hong Kong move to the US and needs a place to stay.

He was lying to the bank that he lived here and I think he may be lying about his family moving in too but I don’t think it even matters, no?

Am I really being “evicted”? I thought that was a legal term like bankrupt or divorced and is not the same as being asked to leave when a lease expires. Eviction is something a sheriff and a locksmith do, no? What is the point of the lease at all if the landlord can almost never ask you to leave when it expires without paying you? And what does month-to-month really mean if both parties can’t just up and walk away at a month’s notice?

I read the email thread attached to your question and decided to change the names of the members of your household because I don’t want the landlord to get any ideas if he reads this.

Your analysis of the situation is fairly accurate, but let’s review:

The fact that you live in a single family dwelling built before 1979 means that your tenancy is entitled to the protections of the “just cause” provisions of the San Francisco Rent Ordinance. In other words, you cannot be evicted unless the landlord can demonstrate one of the fifteen just causes under Rent Ordinance Â§37.9(a).

Your landlord’s email (which you also sent me but in the interests of brevity we did not include in this article) demonstrates that he doesn’t understand the Rent Ordinance when he claims that your lease is expired and that he has the right to ask you to leave. This is a common misconception harbored by landlords and tenants in San Francisco because it would be true without rent control.

If you study Rent Ordinance §37.9(a)(8), the owner-move-in (OMI) just cause, you’ll find that the owner cannot evict you to allow a relative to move in unless they live in the building too.

If the owner deeds the relative a 25% ownership of the house (very unlikely, given that it may be in foreclosure), then the relative (as an owner) can evict your household base on the OMI just cause. Then you and Brad would be entitled to relocation payments, as outlined in Rent Ordinance §37.9C. This year you’d get $5,101.00 apiece assuming you have no disabilities and neither of you is over 60 years old.

The “eviction notice” you received by email from your landlord could never support an unlawful detainer action, a lawsuit filed in Superior Court to formally evict tenants and thereby receive the court’s permission to get the sheriff to kick them out. So, no, you are not being evicted in the formal sense of the word.

How can the landlord evict you? Because you live in a single family dwelling (a house or condominium) and you moved in after 1995, your tenancy is exempt from the annual allowable rent increase section of the ordinance. The landlord can raise your rent as much as he wants as long as he can make a case that he didn’t increase the rent just to evict you. If you don’t pay the increase, the landlord can evict you for nonpayment of rent.

Given your recent interactions with the landlord, I think it would be tough for him to prove that he raised the rent in good faith, without ulterior motive. But you should understand that raising the rent could be the next gambit.

The next time a “bank employee” comes by the house, tell them politely that if they show up again, you’ll call the cops. They have no right at all to bother you if they don’t own the property. If they do own the house, they still need a 24-hour notice to inspect pursuant to California Civil Code Â§1954. Under that provision of the law, they would not have the right to “inspect” in order to grill you about the landlord’s whereabouts.

If anyone stops by to inquire about the property, always ask them for their ID before you kick them out. You never know who these jokers could be. They could be casing the joint to burglarize it.

Your landlord is probably a liar. This is could be a desperate attempt to empty the house to try to make a last ditch effort to sell it. Your landlord doesn’t have any problems lying to you. I hope you would never consider lying for him.

In this case, if you led the bank to believe that the landlord lives with you, the bank will claim that you are not tenants, but lodgers, when they come to evict you after foreclosure.

It may not be true and the law doesn’t support the premise, but the banks don’t care about the law.

I’ve written about this over and over. Your relationship with your landlord is not personal, it’s simply a business transaction. What if you were my client and I asked you to lie to the bank about the amount you paid me for my services? You’d think I was a sleazy lawyer who should be reported to the State Bar. And you’d be right.

Tenants: Never, ever lie for your landlord!