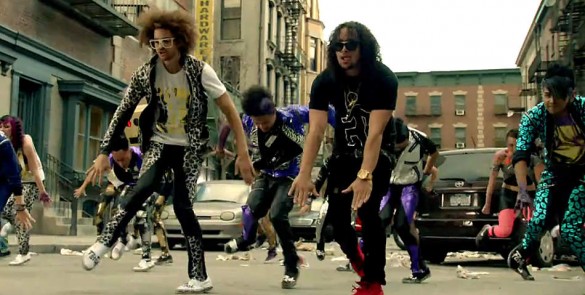 Unlawful detainer—sounds like a crime doesn’t it? I know I harp on this all the time, but for a long time it was a crime to offend the lord of the land, to deprive him of the proceeds from the land he worked so hard to inherit by not paying your rent. Even today, if a tenant loses at trial it is said she is guilty of unlawful detainer.

Unlawful detainer is the legal term for the lawsuit a landlord files to evict a tenant. If you are unfortunate enough to have been served with unlawful detainer papers in California, one of the documents is called a summons. NOTICE TO TENANT: That’s you! YOU ARE BEING SUED BY PLAINTIFF: Lou Sy Landlord. If you have these papers in your hands, you have been invited to attend a ball of sorts, usually held in grand building—the courthouse. You may not want to go, but attendance is mandatory. There you will be forced to learn a dance called the UD Shuffle. It’s not romantic or fun. It’s fast and furious and there are a lot of steps to learn.

Wait a minute, you say, I don’t deserve this. I don’t even know what I did to merit this invite. Before the landlord can sue you, he must first serve you with some kind of notice that you have done something wrong with regard to your tenancy or to ask you politely to leave in 30 or 60 days.

Notice to Quit (Move Out) or Vacate

In California, unless you live in a rent controlled jurisdiction like San Francisco, if you have a month-to-month tenancy, you can be asked to leave by the landlord serving a thirty-day notice to quit if you have lived in the unit less than one year; or a sixty-day notice if you have lived there more than a year. That’s it. If you’re not out, the landlord can sue you. If you have current lease, it’s an entirely different matter. Then the landlord has to have a cause to evict. Did you know that only two states, New Jersey and New Hampshire require that a landlord must have a just cause to evict? If that pisses you off, join Tenants Together, give them some dough or volunteer some time.

Notice to Pay or Quit

In California if you have not paid your rent, the landlord must give you one more chance to do so. He must serve you a three-day notice to pay or quit. If you cannot pay and you decide to move, if you’re gone in three days and have surrendered the premises (gave the landlord the keys and received a written receipt for them), the landlord cannot file an eviction action (lawsuit) against you. If you do not pay and you are not gone, you can expect to be sued. If you move the landlord can still sue you for back rent, but not in an unlawful detainer lawsuit.

Notice to Cure or Quit

This usually accompanies an allegation that you breached a term of your lease. You just couldn’t turn away that cute little kitten when you have a “no pets” clause. The new 40 megawatt home theater cracked a few windows. The colorful flower boxes you installed make the cheap galvanized siding of the loft (in the country they call them barns) look shabby, violating the no-alteration clause. The landlord will give you a chance to take the cat to the pound, turn it down or toss the petunias. If you don’t within the prescribed time on the notice, you can be sued.

The landlord is calling you a nuisance or accusing you of using the premises for an illegal purpose. The wine tasting got a little unruly…again… and one of your guests tossed the TV out the front window…again. The SWAT team confiscated your Maui, Zowy, Wowy. Or, seriously, you repainted the place after 30 years of landlord neglect and violated the no alteration clause in your lease and now you can’t unpaint it. I love reading these notices (unless they’re true). A lot of landlord attorneys are frustrated novelists and they can really shine when they write these. Whether they’re true or not, if the landlord serves you a notice to quit and you don’t move, you can be sued in unlawful detainer.

Notice to Evict for a Just Cause 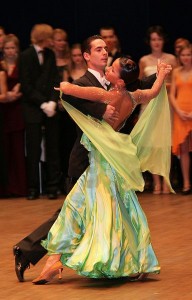 Alright, you didn’t do what the landlord says you did; or he’s just trying to get you out for an ulterior reason; or you paid in cash and the landlord didn’t give you a receipt. No matter. You have been sued in unlawful detainer. Contrary to popular belief, the process is fast. In legal parlance it’s called a summary proceeding, meaning a UD is the fastest procedure of all. If you do nothing, the sheriff could be knocking at your door in a couple of weeks.

You gotta learn how to dance!