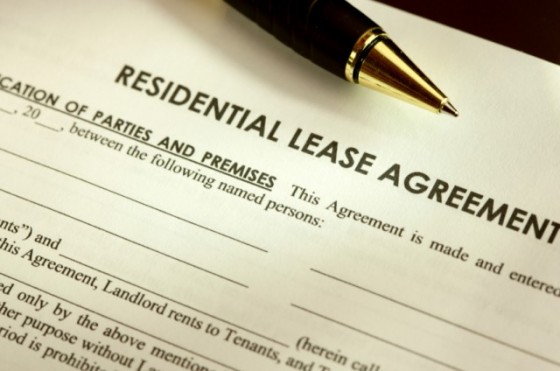 You May Not Have To Sign That Lease, But Here’s Why You May Want To

We have lived in our rented house for 2 years and 5 months, we signed a year lease for the first 2 years but as of February 10, 2013 we have not signed a lease.  He wants a year lease signed  in August 2013 so when he has to find new tenants it will be before the school year starts.  We are trying to buy our first home together and we are trying hard but finding a home hasn’t been an easy process.  I feel since he didn’t have us sign a lease in February (when our current lease was up) we are month to month and as long as we are paying rent we should be fine.  So the question is, can he kick us out for not agreeing to sign a lease?

This is a question I’ve never seen before. Certainly, refusing to sign a new lease could be a just cause for eviction under the Rent Ordinance. Rent Ordinance §37.9(a)(5) states:

A landlord shall not endeavor to recover possession of a rental unit unless the tenant, who had an oral or written agreement with the landlord which has terminated, has refused after written request or demand by the landlord to execute a written extension or renewal thereof for a further term of like duration and under such terms which are materially the same as in the previous agreement; provided, that such terms do not conflict with any of the provisions of this Chapter.

Your analysis of the issue is correct. You will not be obligated to sign anything other than a month-to-month agreement. No, the landlord cannot evict you under this just cause of the Rent Ordinance.

So if I put on my “slightly radical side of liberal” (I’m still steamed about that one.) tenants rights hat, I’ll advise you to tell the landlord to fuck off. End of story, right?

Wrong. There’s a reason why only seven notices to evict under 37.9(a)(5) were filed with the Rent Board last year. Landlords generally don’t want to lock themselves into fixed term leases for fixed rent. Why? Because they want to keep their options open. You never know what kind of rich sucker is going to come along and offer you a gazillion bucks for your building. When the rube arrives with his suitcase of cash, you don’t want to have to tell him that he can’t move in or jack up the rents because one of your serfs happens to have a lease.

The lease must contain “terms which are materially the same as in the previous agreement.” Rent is the most material term in a lease and in order to hold you to signing, the landlord cannot increase it. Most landlords who rent single family houses in San Francisco don’t have any incentive to require tenants to sign a longer term lease because they can increase the rent to whatever the market will bear. Remember, your two-plus year tenancy is not covered by the price controls in the Rent Ordinance because you live in a house. Thank your state legislators for the Costa Hawkins Rental Housing Act which fucked over thousands of tenants in California. Because Democrat legislators don’t have the guts to repeal Costa Hawkins, like herpes, it’s a gift that keeps on giving.

If you refuse to sign a new lease at the same rent, your landlord will get pissed, see the light and increase your rent a thousand bucks a month.

You’re saving money to buy a house right? Ask yourself: 1) Are we completely insane? and, more importantly 2) Are we being penny-wise and pound foolish?

I think you’d be wise to simply sign the year lease if it does not increase the rent, or if the increase is reasonable. If you buy a house, you can give the landlord a thirty-day notice. You will breach the lease if you move early, but the landlord can increase the rent to market. By then the rental value would be, what, 100 times what it is now? Most landlords would jump at the chance. Landlords are required by law to mitigate their damages. If the landlord can only re-rent the house at the same price he’s renting to you, he won’t have any damages for breach. You can even get your security deposit back.

Yes, you have tenant rights, but sometimes the best strategy is to refrain from exercising them.