Am I Still The Master Tenant If I Moved Out Of My Apartment For Six Years? 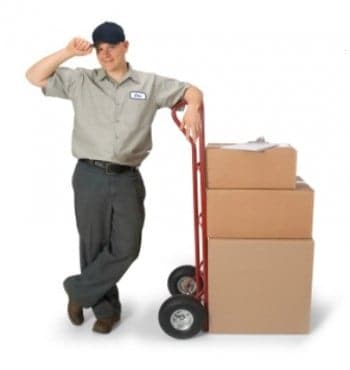 Am I Still The Master Tenant If I Moved Out Of My Apartment For Six Years?

I live in an apartment building that has six units, built in 1907, in the Mission, near Dolores Park, in San Francisco. My brother and I and a 3rd roommate signed a one-year lease in 2004. In the last 8 years our apartment has been a revolving door of tenants, each we have subleased without the landlord knowing. They are very hands off and don’t ever visit or seem to care about the property as long as they get a check each month.

In 2005, I moved out along with the 3rd roommate on the lease, leaving my brother as the only original lease-signer living in the apartment with two subletters. We never told the landlord.

Fast forward 6 years and I move back in to the apartment, around January 2011, with my brother and a 3rd roommate not on the lease, let’s call her Jamie. Sorry as this gets complicated. My brother moves out in August 2011 and now I am writing the check to the landlord every month for the entire rent amount and I am now the only original lease-signer living here.

I subleased to somebody else, let’s call him John, when my brother moved out, and now our relationship is very rocky. I want to kick John out, and he wants me to leave. I am unsure of my rights and his rights at the moment.

He wants me to leave, but I think that since I’m the only original lease-signer still living here, if I left, Jamie and John would probably be kicked out and the rent would increase; if my landlord even allowed them to stay or sign a new lease.

As far as my landlord knows, I’ve been living in the apartment since my original lease signing, with my brother and the original 3rd roommate, and they have no idea other people live here other than us. This apartment is rent controlled as well.

So, what happens if I leave and nobody on the original lease lives here to write them a check? Am I within my rights to evict John who I’ve been subletting for the past year? What happens if John and I cannot resolve who leaves the apartment, and neither of us will leave willingly?

Whew! Before I answer your question, I have to tell you, “Warning! Warning! Danger! Danger!” If your landlord gets wind of these facts, he may be inclined, given the current rental market, to evict you for illegal subletting. If you plan to stay in the apartment, you should begin to seek permission to sublet for each new roommate you you take on. But that’s for the future.

Technically you are not an original occupant because you moved out for six years. If you find yourself in a Rent Board hearing of some sort, you will not be able to testify, under oath, that you are an original occupant. That could be a problem. You won’t have a great defense based upon the fact that the landlord has continued to accept your rent checks. The landlord can claim that he was ignorant of the facts and that he would not have accepted your checks had he known the truth.

Hypotheticals aside, when you vacate, the landlord will very likely assume that you are the last remaining original tenant. He will certainly be able to increase the rent to market rate pursuant to Rent Board Rules & Regulations §6.14.

Moreover, the roommates are unapproved subtenants and the landlord can evict them using Rent Ordinance §37.9(a)(7) which articulates a just cause allowing a landlord to evict holdover subtenants if “[t]he tenant holding at the end of the term of the oral or written agreement is a subtenant not approved by the landlord.”

You are correct in your first assumption.

I don’t think you have the right to evict John because you don’t have the standing to do so. In law, standing means the status of being qualified to bring a legal matter before a court because a plaintiff has a sufficient and protectable interest in its outcome. Only a master tenant can evict a subtenant. Technically speaking you are a master tenant, but you cannot demonstrate that you are an original occupant because you moved out for six years, unless you lie. Problem.

Even if you do have standing to evict John, unless he signed a sublease or other document that clearly stated his subtenancy was exempt from the just cause provisions of the Rent Ordinance, you cannot simply serve him a notice to vacate without cause. (See Rent Board Rules & Regulations §6.15C.)

As you presented them, the facts don’t seem to rise to the level of a just cause under the Rent Ordinance.

So, no, I don’t think you can evict John, but he cannot evict you either.

Finally, if you and John can’t resolve the issues between you, it looks like somebody’s gonna have to move. But to paraphrase the late Rodney King, Why can’t you all just get along?