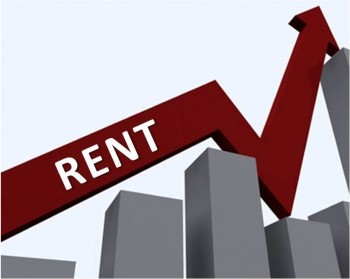 Jack up the rent.

I am a tenant in a two-bedroom apartment. There are two units in the building and it was certainly built before 1979. I do not have a Section 8 lease with the Housing Authority. The unit is not a condominium. I have been renting this apartment for 5 years with my housemate. We are both on the lease. My housemate is moving out and I want to have another friend move in. I told my landlords this and they said that they want to jack up the rent from $1700 to $2250. I don’t think this is allowed under San Francisco ordinance.

The landlord insisted that he could increase the rent. I resisted. Now he thinks I have to move out with my roommate, writing:

Per your Addendum to Residential Agreement dated 07/22/2005, provision 4: ‘All tenants shall move in and out together as one tenancy.’ Therefore, per the agreement signed by you and (name redacted), both of you have to move out and the lease is terminated. Please vacate the property within two weeks. Thank you.

P.S. For your knowledge: I contacted San Francisco Housing Authority and it stated that the Landlord can increase the rent if the new tenant/roommate moves in.

Does my landlord have any justification to evict me?

Before I go off on your landlord I want to point out to my readers that your opening statements about the facts of your tenancy tell me everything I need to know to answer your question. I can tell that you live in a unit that is subject to both the rent control and just cause provisions of the Rent Ordinance. That means the landlord can only increase the rent as much as allowed under the ordinance and that he must have a “just cause” to evict you. I know that you are an original tenant on the lease. I also know that the landlord is not going to get any information from the Housing Authority other than, “Call the Rent Board.”

But you are not a new tenant. If the landlord forgot to mention that important fact, he is not the sharpest tool in the shed. Of course sending an email with an illegal notice to vacate isn’t very bright either.

The other possibility is that the landlord thinks he can lie about his call and expect you to rely on his information. All in all, I think it might be fair to characterize your landlord as a stupid liar.

What should you do?

First become familiar with Rent Ordinance Rules & Regulations Â§6.15A and Â§6.15B. As you may know the Rent Board provides “Information to Go” on subletting and many other topics.

Follow the applicable rule to the letter. Write the landlord(s) to request permission to sublet to your friend before he or she moves in. Your friend should be willing to provide all the necessary credit information to the landlord(s).

If they fail to respond or they unreasonably withhold their consent, you can petition the Rent Board to reduce your rent by half. In this case it might be wise to provide the landlords copies of the applicable laws and procedures.

It’s best not to allow your friend to move in until the dust settles. You don’t want to defend an unlawful detainer (eviction). Even when you are in the right, defending an eviction is often too costly to justify. Landlords rely on that and file meritless lawsuits all the time.

If your landlord insists upon requiring you to vacate, you should point out that the clause in the addendum (likely penned by the landlord and their imaginary lawyer) is void as against public policy. It’s an attempt by the landlord to arbitrarily remove themselves from Rent Ordinance Jurisdiction. It’s like putting a clause in the lease that allows the landlord to raise the rent whenever he wants, regardless of the law.

Join the San Francisco Tenants Union. Bring all of your documentation and discuss the issue with them. They will explain the applicable law in detail and help you draft a letter or letters to your landlord. They can also inform you about filing a petition at the Rent Board.

Readers: This was an easier question to answer because the reader is an “original tenant” named on the lease. The issues get murky when dealing with unnamed tenants, “co-occupants”and “subsequent occupants” as defined in Rent Board Rules & Regulations §6.14 and the Costa Hawkins Act (which should be repealed.) There are many scenarios when the landlord can, in fact, increase the rent to market rate. This is not such a scenario. The point is: don’t read this and assume that your landlord may not have a valid rationale to increase your rent.