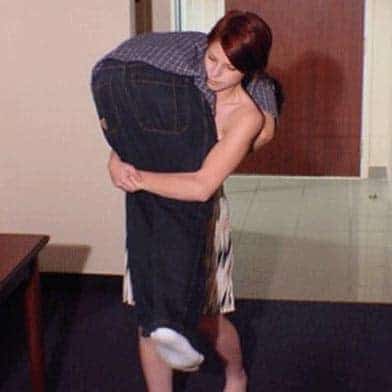 My Landlord Won’t Let My Boyfriend Move In

BIG fan of the column! Was feeling pretty good about having my boyfriend move into my apartment after your columns the last few weeks, until I hit a snag: my landlord said NO when I asked for permission.

Taking special care to follow every one of your instructions from the past two weeks, I asked my landlord for permission for my boyfriend to move in. I live in a one-bedroom, rent controlled apartment. I pay less than a tenant on a lower floor who has lived there longer. The landlord recently (less than 6 months ago) rented the unit across from me for almost $400 more a month than I’m paying… So when I asked for permission (in writing) his answer was:

“I have reviewed the lease and made a determination. Unfortunately, I must deny your request because the lease is clear on this type of situation. It is my option and wish not to amend our current agreement as set forth by the lease terms. “

There is a use/occupancy clause that says: “Tenant must have the prior written approval of owner if an invitee of Tenant will be present at the premises more than seven consecutive nights or fifteen days in a calendar year.” and

“Assignment and Subletting: Tenant may not assign this agreement nor sublet the whole or any portion of the Premises. This is a blanket prohibition which means that Tenant may not have any other person reside at the premises… no additional tenant or occupant will be allowed in the unit regardless of the relationship between tenant and said proposed occupant.”

The landlord and I talked on the phone and he wouldn’t point to any reason why he is saying no, and he gave me his lawyer’s number to call if I had questions. I asked if he would be willing to do a NEW lease for the two of us (saying “I understand I probably pay the least amount of rent in the building”) and he was not open to that either.

Landlord and I have had a decent relationship thus far. His daughter just moved in below me, so I’m worried that she will find a way to give him just cause (noise) if I make a fuss, or that she will rat me out if he moves in anyway, especially now that the landlord knows we were planning it.
The boyfriend is going to Asia for several months after his lease ends next month, so we don’t have to worry about this until December, when he was going to move in. We were going to look for another place when he got back (one with parking) so it’s not like we were planning on staying forever, but my landlord is being so shady about it that now I want to.

I was planning on getting a recommendation from him in writing before I challenge this nonsense later in the year, so when I am looking to move out, I can worry less about him not recommending me to future landlords. Anything else we can do?

Should I just let the boyfriend move in and try to say he can’t evict me on those grounds? I know I don’t want to be a defendant but I also don’t want to give him the pleasure of having me move out early so he can jack up the rent.

I’m happy that reading my columns inspired you to ask the landlord for permission to sublet. You now understand his position on the issue. What if he is correct?

In this case, the landlord may be correct.

The last two TT columns have discussed the effect of replacing a roommate when the lease provides for a landlord’s written consent to do so. In your case the lease absolutely prohibits subletting. If you never had a roommate, you will not be replacing one.

San Francisco Rent Board Rules & Regulations §6.15A is applicable to these facts. The first few paragraphs state:
“This Section 6.15A applies only when a lease or rental agreement includes an absolute prohibition against subletting and assignment.

(a) For agreements entered into on or after May 25, 1998, breach of an absolute prohibition against subletting or assignment may constitute a ground for termination of tenancy pursuant to, and subject to the requirements of, Section 37.9(a)(2) and subsection (b) below, only if such prohibition was adequately disclosed to and agreed to by the tenant at the commencement of the tenancy. For purposes of this subsection, adequate disclosure shall include satisfaction of one of the following requirements:

(1) the prohibition against sublet or assignment is set forth in enlarged or boldface type in the lease or rental agreement and is separately initialed by the tenant; or

(2) the landlord has provided the tenant with a written explanation of the meaning of the absolute prohibition, either as part of the written lease or rental agreement, or in a separate writing.”

Look at the clause in your lease that relates to assignment and subletting. Does it conform to the Rent Board requirements? It looks like the clause has provided an explanation of a blanket prohibition on subletting. That’s a problem.

Does the lease allow for only 1 person? Are you the only named person on the lease? Have you always lived alone?
If the answers to these questions are “yes”, the no-subletting clause is probably valid. If any of the answers are “no”, you may be able to make a case to add a roommate.

Do not let your boyfriend move in without the landlord’s permission. You will be discovered because the landlord’s daughter lives in the building, but that’s not the point. I never recommend that a tenant blatantly breach a lease unless the clause is illegal or unconscionable.

You can explore two other options. You can ask the landlord to allow your boyfriend to stay as a guest until you find another place. The landlord may want you to give notice to move on a date certain. That could be a problem if you can’t find a new place in time.

Or you can get married or you and your boyfriend can register with the City as domestic partners. Check out “Tenant Troubles: Is My New Husband Going To Get Me Evicted?” to understand how the Rules and Regulations apply.
Before you take any other action, I strongly urge to bring your lease and any other relevant documents to the San Francisco Tenants Union for a counselor to review. You may even want to discuss this with an attorney. The TU has a list of approved tenant attorneys.