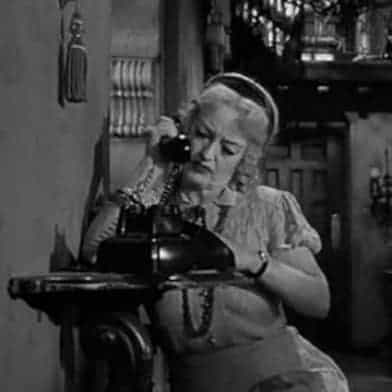 My Crazy Roommate, How Can I Get Her Out?

I know you usually write columns for tenants in trouble, and my problem is in my role as a master tenant, but I figure I’d give it a shot. I’ve been in terrible situations as a subtenant (in the last 18 months, I’ve had to move three times because my master tenant moved out and the landlord decided to increase the rent astronomically), and I’m finally finding myself on the other side of the fence.

I live in a rent controlled four-bedroom apartment in a four-unit building in the Inner Sunset. We moved in July 2012, and I am the only one on the lease. The other three subtenants in my apartment pay rent to me, and I handle all utilities, deal with the landlord, etc. There is no written agreement with the subtenants, just a verbal month-to-month agreement. I did not waive their rights to the just cause eviction provisions of the rent ordinance (honestly, I thought that would be a terrible way to start a roommate relationship, and I’m now regretting it).

One of the subtenants, about a month into the lease, started exhibiting upsetting and strange behavior. She has divulged a series of really, really uncomfortable personal details to all of the roommates, refused to do chores agreed upon at our first house meeting, become angry and even hysterical when asked to clean up after herself, and has made everyone on edge to the point where we don’t want to come home.

This crazy roommate has loud angry conversations on the phone in her room about how horrible we all are, is rude when she runs into us in the hallways and to our guests when they come over, and is generally miserable to live with. Understanding my rights as a master tenant, and her rights as a subtenant, I have tried to be civil with her, to hold house meetings to address the problems, but nothing has worked. I have met with the other two subtenants, and we have decided the situation is unlivable, to the point where we think she needs to move out (the ugly alternative being I move out and break the lease).

I’d like to ask the crazy roommate to move out (not evict her), on the hope that she realizes that this is a miserable situation for her, as well as us, but she now refuses to meet. Over the past week, I have sent emails, talked to her in person briefly, and sent more emails. She ignores me, is rude, or flat out refuses to meet.

I guess, my question is, what do I do? Can a subtenant just flat out refuse to meet with a master tenant? I know it’s very difficult to prove that a subtenant is a ‘nuisance’ under the just cause eviction provision, but her behavior is so extreme that is affecting the happiness and well being of all three of her roommates. She has become hysterical and unreasonable to the point where we lock our bedroom doors at night…a situation I never thought I’d be in.

As you know, I come down hard on master tenants, essentially because they are landlords and some of them act like landlords. Master tenants make me mad when they either rip off their roommates or their actions, knowingly or ignorantly, place innocent roommates’ housing in jeopardy. You are not a bad master tenant, just an unfortunate one. But, arguably, you could find yourself on the wrong side of the San Francisco Rent Ordinance very quickly if you’re not careful.

Asking your roommate to move could be construed as a wrongful endeavor to evict her without just cause.

A landlord may not evict a tenant simply because she’s an asshole.

The Rent Ordinance is clear that you are a landlord. Section 37.2(h) defines landlord: “An owner, lessor, sublessor, who receives or is entitled to receive rent for the use and occupancy of any residential rental unit or portion thereof in the City and County of San Francisco […]”

Before she moved in, you should have provided your roommate with a written notice that, as the master tenant, you could evict her without just cause pursuant to San Francisco Rules & Regulations §6.15C. But you didn’t and now you’re regretting it.

I run a risk management business. I try to foresee risks, even outlandish ones, and contract around them the best I can. Master tenants should understand that their relationships with prospective roommates begin as business relationships. Clearly, there are many other considerations, given that you will be living under the same roof. But ask yourself: Would you sublet to your best friend even if you knew she could not and would not pay the rent? Wouldn’t do the dishes. Left her used needles around the house?

When interviewing a prospective roommate, a master tenant must first consider the business implications. One of them should include a matter-of-fact discussion of the roommate’s rights as a tenant.

What can you do now? I suggest that you try to mediate your issues with your roommate at the Community Boards. Sometimes a good, observant, third-party mediator can expose the root causes of your household dysfunction. You must mediate with an open mind and try to see your part in the problem. No, you can’t force your roommate to mediate or even meet with you, but you can try to schedule mediation and gently point out the benefits.

If everything fails, you should consider moving out. As with most bad relationships, it’s often good to get out of them. Life’s too short.