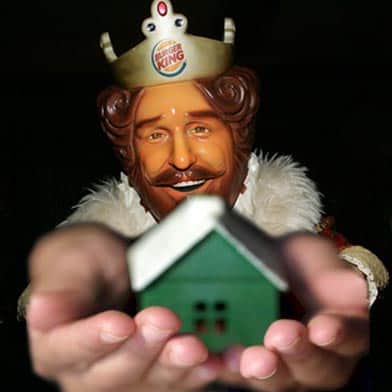 A Rent Increase Question Puts The “Lord” In Landlord

I currently live in the Mission, in a loft (or condo) and was built around 1991, thus is not subject to Chapter 37 of the San Francisco Administrative Code. It is a 21 unit building.

I recently received a rent increase. The increase was for $800 per month, or rather, a 40% increase. While I know that I can receive an increase at any given time, 40% seems unconscionable. While I was told that everyone received an increase, I do know that my next door neighbor’s increase was only 20% (he went from $2500 to $3000 for a 1209 sf loft). As well, I have spoken to neighbors upstairs who have a 1509 sf loft and only pay $2900. I have also spoken to neighbors who have received 10-20% increases, while others had none at all.

I have contacted the landlord and all they can say is that “it’s been raised to market value” and “we are not being discriminatory with the unequal increases.” This seems strange to me considering I did not bring up the word discriminatory and I know that they just leased a two bedroom (1044 sf) loft two doors down for $3100. How is my one bedroom worth only $300 less than the unit 2 doors down or $200 less than my next door neighbors 2 bedroom (1209 sf) unit?

I am a 39 year old professional woman who has never been disruptive, had a complaint or paid a bill late in my life. I also live alone and have no pets. Lastly, I helped to rent out my old unit while transitioning to the smaller unit, which I moved into on an “as is” basis (meaning they didn’t clean and only did minor touch of paint).

My question is, is it within their (landlords’) rights to raise rents in a disproportional manner?

The short answer to your question is yes.

The landlord’s answer to your question is, “It’s my property and I can do anything I want to including raising the rent or even taking it off the market. If you don’t want to pay the increase, I’m not forcing you to live here, you can move.” Unless you live in a rent controlled unit, the law will tell you the same thing.

Since the dawn of agriculture, when specific plots of land had to be protected from invaders, both human and animal, property rights–to protect, to make productive and to defend–have been a central theme in human history. Wars, contrary to the propaganda to justify them, are always fought over land and the natural resources that derive from land.

As societies became more complex, ruthless bands of sociopaths (call their leaders pharaohs, kings, popes, bankers or the 1%) took control, they usurped the commoners’ (call them the people or the 99%) rights to own the land. I’m sure the bargain went something like this: “Look peon, I’ll defend your land for you, but because I have taken on this burden you have to give me unfettered rights to your land.” Faced with an offer they could not refuse, most commoners gave in. Those who resisted lost their ability to pass down their genetic make-up to future generations. It seemed that evolution created the perfect marriage of cowards and kings.

Every once and awhile some throwback like Spartacus or Jesus or Robin Hood would try to set things straight, but who were they kidding?

As societies prospered and grew, kings relied increasingly on their lords to administer to their lands. In return for their service, lords were granted lands upon which they could rule like kings as long as they understood who was boss and paid their taxes. Being the sociopaths they were, lords quickly figured that they could force their subjects, now called tenants, to pay the lords’ taxes for them.

Lords owned their tenants like chattel and that did not change for thousands of years. “They Don’t Call ‘Em Landlords for Nothing.”

Flash forward to the Age of Enlightenment and the American revolution. Yes, the Founding Fathers created something new, but, as a tenant, you should remember that the new rights defined by Thomas Jefferson, John Adams and the rest were only bestowed upon white, male landowners.

The new constitution made property rights sacrosanct. While the founders did understand that the vast new country would expand and property owners (full-fledged citizens) would exponentially increase, they forgot (or did they) that land is, ultimately, a finite resource. The American cowboy humorist Will Rogers (1879-1935) is famously misquoted as advising, “Buy property, they ain’t making any more of that.”

In San Francisco the finiteness of land is demonstrated on a daily basis. Last year, average rents increased more than 13%. I am beginning to hear the same horror stories of bidding wars for apartments reminiscent of the previous dot bomb days of the late 90s.

You hear it all the time, San Francisco is becoming a city for the ultra rich, community is destroyed and those who have to serve us our mocha frappuccinos have to commute from Fremont to do so. We are becoming, as I pointed out in my post, “What’s Wrong With Working in a Bookstore,” San Francisco has become like Stratos, the city in the clouds in the 1969 episode of Star Trek. The “troglites” who create the city’s fungible wealth, are prohibited from living among or partaking in the intellectual pursuits of their masters.

As we all know, San Francisco is a city famous for its restaurants, the diversity and quality of which are world renowned. A couple of years ago I was sitting in the bar at Coco 500 with a dear friend of mine. We struck up a conversation with a guy from Wisconsin who was there with his wife and daughter. The daughter was a student in San Francisco who sighed and rolled her eyes as her old man proceeded to explain why Midwest family values were superior to our San Francisco, liberal, family hating, queer loving anarchy.

Of course, we took the bait and a rather animated discussion followed. At one point, for effect, my friend openly declared that she was a communist. That really got the guy going. He thought that all communists had to be marginal, frayed and broke. He asked, “How can you afford to be drinking in this restaurant.” I piped in, “Rent control, baby, rent control!”

So I am going to answer your question with some questions of my own:

In a market economy based upon products and services is it a good idea to divert larger and larger percentages of disposable income into the pockets of the few who simply cannot spread it around as efficiently as the many?

Should a landlord have the right to increase rents when higher rents destroy the very fabric of community?

Should land be treated as a “market” commodity subject to the laws of supply and demand when the supply is finite and the demand is almost infinite?

In my mind these are the central questions of our times and they need to be answered thoughtfully rather than with slogans and platitudes.

I’d like to hear your thoughts and comments. Start the discussion here. Next week I have a related question from another tenant. In that column I’ll continue to explore this issue.

In the meantime you should check out the OCCUPY related activities sponsored by the San Francisco Tenants Union. And don’t forget to join the worldwide general strike on Tuesday, May 1, 2012.