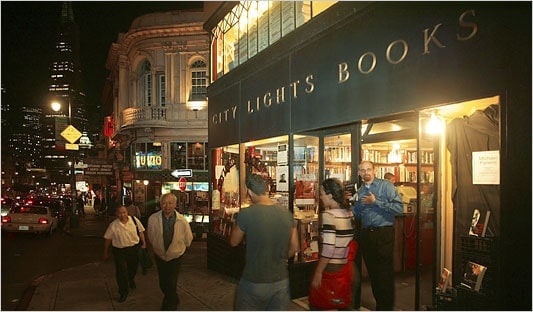 Tenant in San Francisco: What’s Wrong with Working in a Bookstore?

Several years ago I was speaking to a young woman at a party who had recently graduated from college. She moved back to San Francisco, her home town, and got a job in a bookstore. She was living with her parents but wanted to strike out on her own. She simply could not find an apartment she could afford. “What’s wrong with working in a bookstore?” she asked me. It’s a question that still haunts me when I speak to tenants.

Last week the SF Appeal reported that rents are dropping according to the San Francisco Controller’s Monthly Economic Barometer. The article also reported that San Francisco unemployment had risen to 10.3%. It still begs the question, even if rents are dropping, is housing becoming more affordable for those who make your cappuccino at Starbucks? Or teachers?  Or police officers? Or people who work in bookstores? The answer still seems to be no.

I recently happened on a post from the blog, LAist, which makes this quite clear, “Renter’s Market? LA Ranks as Pricier Than NYC.” The post relied on a study from the Center for Housing Policy for the fourth quarter of 2009, announced March 23, 2010.  When I clicked the link I already knew that San Francisco’s rents are higher than Los Angeles and, sure enough, even with rent control, we’re number one…again.

The more interesting aspect of the study poses this conundrum: “Who are among the ranks of America’s workers struggling to afford housing? In some high-priced communities, people who provide the bulk of vital services – teachers, firefighters, police officers, retail sales workers and restaurant workers – cannot afford to live in the communities they serve.” The Center for Housing Policy’s page, Paycheck to Paycheck, provides an interactive database that, among other things, allows you to compare how workers are faring in housing markets of 210 metropolitan areas of the United States.

For San Francisco, the study uses “2009 Fair Market Rent” of $1,406/month for a one-bedroom apartment and $1,760 for a two-bedroom apartment. Then it compares the hourly wage required to afford an apartment assuming that a maximum 30% of pretax income should be devoted to rent.

Obviously, families with multiple incomes may fare better. Single renters deal with adversity creatively. They live with roommates or have three jobs. (A “uniquely American” attribute, as George W. Bush put it.)

Rents may be dropping in San Francisco, but that isn’t really the point. If the price of a Maserati drops by $50,000.00, does that mean I’m going to be able to buy one? San Francisco is fast becoming a city in the clouds, like Stratos, in the 1969 episode of Star Trek, “The Cloud Minders.” The city is held aloft in the sky by “sustained anti-gravity elevation.” Its inhabitants are devoted solely to the creation of art while the miners on the planet below, the “troglites” who create the city’s fungible wealth, are prohibited from living among or partaking in the intellectual pursuits of their masters. While the message  is still apt, the naivete of the episode is exposed because it assumes that the elite will be comprised of artists and intellectuals, rather than con-artists—bankers, stock brokers and real estate traders whose attempts at sustained anti-gravity elevation are limited to credit default swaps.

We all know that that the inflated real estate market of the recent past drove many artists, teachers, nurses and carpenters from San Francisco. Will they return because the rents have dropped a bit? Unlikely. Do we honestly believe that the Starbucks baristas will happily commute from Modesto to serve us our skinny cinnamon dolce lattes?

What’s wrong with working in a bookstore in San Francisco? Nothing, as long as you work in three of them.