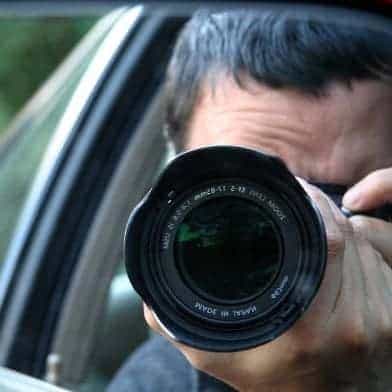 Time To Hire A Private Eye To Go After Your Landlord

I have lived in my rent controlled North Beach flat since 1994. In April 2010, a new landlord purchased the building and began eviction proceedings. The tenants in the basement accepted a buyout to move out of the illegal unit they were living in. My roommate and I were also offered a buyout which we refused. Nothing happened until November 30, 2010, when we received a 60 day end of tenancy notice.

The lawyer my landlord hired is an experienced eviction lawyer.

The landlord is claiming he lives in the building in the top empty unit, and is trying to evict my roommate and I so that his brother can move in. I went to the rent board and filed a wrongful eviction because the landlord does not live in the building. I was trying to settle with the landlord, but now they are claiming that my roommate and I never paid last month’s rent and a deposit–a claim my old landlord also made.

I have no records of paying for the last month’s rent and the deposit and when I called Bank of America for copies of my processed checks, they told me they don’t keep copies beyond 7 years. I was young and naive and did not keep copies and I did not make sure that these amounts were included in my lease.

My questions to you are:

1) How can I prove my landlord does not live in the unit? Is it pretty much his word against mine? He owns a condo is SF, which I believe is his primary residence, but he claims he lives in the building and is in the process of selling his condo.

Whenever I get a case like this, I carefully check the Owner Move In (OMI) Notice. There are specific requirements for an OMI notice that must be followed to the letter.Sometimes even experienced landlord lawyers can omit the details.

For example, sometimes the landlord “forgets” to tell his lawyer about other residential properties he owns. Not listing those properties could invalidate an OMI notice. If you haven’t had an experienced tenant counselor or lawyer read your notice, you should do so immediately. Go to the San Francisco Tenants Union. The counselors there know what to look for in an OMI notice.

If the landlord hasn’t listed all of this residential properties, the notice is invalid. You may also be able to use the information to help you understand where the landlord really lives.

The law is clear that the landlord has to live in the building to be able to serve a relative move-in notice, so there may be a timing issue. That the landlord is hemming and hawing about selling the condo is worth investigating.

Unless the brother now lives in a mansion in Forest Hills that has not been sold or you can somehow obtain photos of the empty unit in your building, it can be difficult to prove where that the landlord is lying.

A PI can find records that are difficult for laymen to get. She can go through the landlord’s trash to try to find documents revealing his true motive. She can also investigate the brother.

Unless you have very good evidence that the landlord is lying, it’s probably not a good idea to stay in the unit past the notice period and risk getting evicted. As I have said before, eviction defense is expensive and complicated.

Sometimes the better move is to just vacate the unit and wait for the landlord to screw up, i.e., the brother doesn’t move in or the landlord never sells the condo, etc. We also use PIs for ongoing investigations like this. A good PI has many tricks to find out who is living in a given building.

One of the best resources to check the coming and going in a building is your neighbors. You’ve lived in the neighborhood for 16 years. You know people. The landlord doesn’t. You should ask your neighbors to keep an eye on the place. I have seen a couple of cases in which the landlord actually bragged to neighbors about how he evicted the tenant. It’s not surprising; stupidity and arrogance are in no short supply in the landlord business.

Regarding your security deposit, unless you can find a copy of your lease that shows how much you paid, you’re probably SOL. Landlords don’t have to account for shit in California.

Situations like these underscore the need for security deposit law reform. Many other states require landlords to create a separate, interest bearing trust account for security deposits. As you may know, I believe that hundreds of millions of dollars are simply stolen by landlords each year in California. It’s time for the trust account requirement, among other reforms, to be instituted in California.