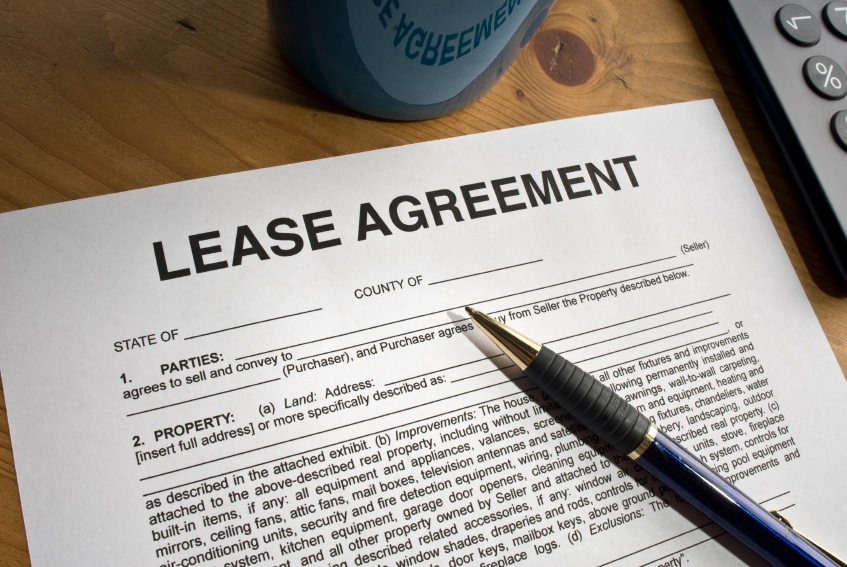 Can Tenants Get in Trouble for Breaking a Lease?

I’m finding myself in the position of looking for an apt for the first time in a long time. I thought I ought to check some things out with you.

What’s the deal with lease terms? If you sign a 12-month lease and you end up breaking it, can the LL really enforce? Have you heard of tenants actually getting in trouble for a breaking a lease? Also, is there any actual advantage for a tenant in signing a long term, fixed lease under rent control? They can’t legally evict or increase your rent whether you’ve signed a lease or not, no?

Thanks for your help and any other insight or pitfalls I should look out for.

What’s the deal with with lease terms? As an attorney, I will tell you that the terms of the lease comprise the contract you have with the landlord to live in or use a given apartment, house or business space. They define your duties and obligations to the landlord, but in residential situations they rarely set out the landlord’s duties and obligations to you. That’s why the courts have developed various doctrines like the implied warranty of habitability and the implied covenant of quiet enjoyment.

In most cases, especially in cities, the competition for apartments is so keen that most tenants, when they find a suitable deal, will sign a lease based solely upon the amenities of the unit and the price of the rent they will paying. If a tenant is uncomfortable with other terms buried in a a lease, he or she will usually acquiesce to them because the amenities are acceptable and the price is right—like clicking the button agreeing to terms when one buys something online or accepting new Facebook terms. In other words, as in the law, leases heavily favor the landlord in the landlord/tenant relationship, based upon medieval practice from over 1000 years ago.

Do tenants actually get in trouble for breaking a lease?

As with any contract, the breaching party may be liable for damages to the “injured” party.  To calculate the damages for breach the courts will apply a formula: A tenant will be liable for every month left in the lease that the landlord cannot rent the unit. Most landlords stop right there in the analysis. But under Civil Code § 1951.2(c)(2) the lessor (landlord) must “proves that in reletting the property he acted reasonably and in a good-faith effort to mitigate the damages.”  To mitigate (lessen) his damages, a landlord must diligently attempt to re-rent the unit as quickly as possible after the tenant vacates at a rent that is as close to the same amount for which the tenant contracted.

Yes, tenants can get into legal trouble for breaking a lease, if the landlord sues for damages. If you signed a year lease and you want to move after six months, the landlord has an expectation that he would receive the same rent as you pay for the next six months. These are called “expectation damages.” He must mitigate those damages by renting the unit for the same amount as you were paying, not more. If the landlord can only rent the place for $100.00 less than you paid, he would incur $600.00 in expectation damages and you would be liable for those damages. The landlord might also incur costs to re-rent the unit, like advertising, or reasonable payment to a rental agent or expenses incurred in re-keying a unit, etc. You may be liable for those costs, if the landlord can prove he spent the dough.

If you are simply breaking the lease because you want to move, you should simply give the landlord a 30-day notice to terminate the tenancy. If you want to obtain evidence that the landlord failed to mitigate his damages, you may want to advertise the unit on craigslist or another popular site for rentals and refer the applicants to the landlord to “help him out.”

You should not continue to reside in the unit after the thirty days have expired, as many landlords will demand, simply because the landlord refuses to get off of his ass to attempt to re-rent the place. Landlords may think they own you, but last time I looked, the 13th Amendment to the constitution was still (if only barely) in effect.

What about lease termination fees in a lease?

If the lease contains an early termination fee—a fee (often amounting to two months rent or more) to reimburse the landlord for breach damages—you can attempt to negotiate the fee down, pointing out that it will not take the landlord two months (or whatever the fee amount equals in rental weeks/months) to re-rent the unit. Also remind the landlord that that if you pay the fee and he re-rents immediately, he could be unjustly enriched. You may also want to include the fact that your security deposit should cover the damages.

If you don’t want the added hassle of a landlord’s potential lawsuit to collect the the fee, sometimes it’s just better to pay it and move on—more unfair, unearned income for landlords.

By the way, if you move early, the landlord will never, ever refund your security deposit, despite the fact that you left the place in pristine condition, which you should always do, if you’re gearing for a fight later on.

If you’re adventurous and you think you may have to sue the landlord for the security deposit anyway, here’s a theory that early termination fees may be illegal. Don’t use this unless you’ve consulted with an attorney!

Civil Code §1671 deals with with the validity of liquidates damages provision in a contract. Section 1671(c)(2) provides:

In the cases described in subdivision (c), a provision in a contract liquidating damages for the breach of the contract is void except that the parties to such a contract may agree therein upon an amount which shall be presumed to be the amount of damage sustained by a breach thereof, when, from the nature of the case, it would be impracticable or extremely difficult to fix the actual damage.

Check your lease, if there is no provision in which you agree that “the amount which shall be presumed to be the amount of damage sustained by a breach thereof” or similar language, then the early termination fee clause could be void.

Many leases, however, have such language. However, damages for breach can be easily determined using the calculation above. If the landlord mitigates his damages by, for example, renting the unit for $100.00 less, there’s no way to justify a two month early termination fee.

As I said before, don’t try this without running it by a lawyer with your specific circumstances!

Is there any actual advantage for a tenant in signing a long term, fixed lease under rent control?

Yes, there may be an advantage to signing a long-term lease, a lease for more than a year, even in a rent-controlled jurisdiction. A term lease, for whatever the term, protects you from rent increases and other just cause evictions like the Ellis Act. Remember, all “no-fault” evictions in either state law or rent-controlled jurisdictions like San Francisco or Santa Monica or Los Angeles apply to month-to-month tenancies. Why, because a landlord will be in breach of a term lease if he attempts to change the terms, increase the rent or evict you for something other that your breach of the lease—no owner move-in, no Ellis Act, without the landlord risking heavy liability.

For further reading on this take a look at  my article, “My Neighborhood’s Too Dangerous, Can I Break My Lease?” and “Breaking Your Lease,” by Ken Carlson.