My Neighborhood is Dangerous, Can I Break My Lease? 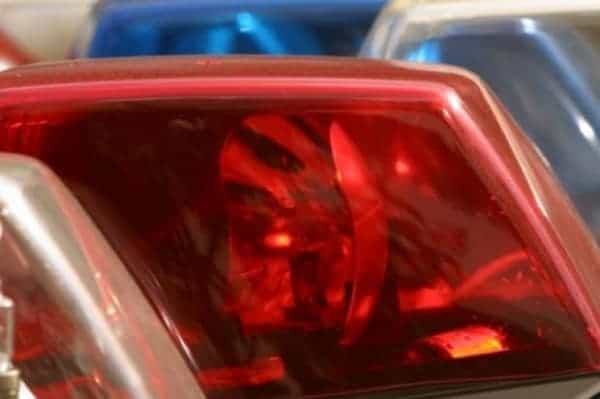 My Neighborhood is Dangerous, Can I Break My Lease?

In July, my wife and I moved out of a great roommate situation in San Francisco into our first apartment as a couple in Oakland’s Rockridge neighborhood. At the time the move made perfect sense and for the first few weeks things were excellent. We finally had our own place, we discovered that we have the best neighbors, and being 4 blocks from BART for under $2,000.00 is something we could only dream about in the city.

On the evening of August 16th all of our good feelings changed. We were robbed at gunpoint about 50 yards from our front door. We soon found out that other robberies had happened on our street during the month of August. The robberies have continued in Rockridge within a mile from our home. Most of them at night, but two committed this weekend happened during broad daylight, Saturday 4:15pm on a residential street like ours and Sunday at 2:15pm in front of a busy cafe on College Avenue.

One of the reasons my wife and I moved to Rockridge was to take advantage of the many shops, restaurants, and watering holes that dot College Avenue. Now we are terrified to go out in our own neighborhood. I often work late at night and am fearful that I will be mugged while walking from my car to my front door. I hate leaving my wife home alone at night while I work.

We are wondering whether you know if we can get out of our lease? What will the financial penalties be?

Certainly, you have the absolute right to move, to break your lease. A dangerous neighborhood could be a valid reason to do so. Often tenants don’t quite understand that they can always terminate a lease before it expires. Despite what you may have been told, landlords cannot force tenants to live in a unit.

When a tenant breaches a lease, in this case by moving out before the end of the term, a landlord suffers damages. These damages are called “expectation damages.” If you promised to pay $1,900.00/month for 12 months, then the landlord has the right to expect that amount of income for a year. That’s why one hears that tenants can be charged for the rent for the rest of the term of the lease if they move early. That could be true if the law allowed the landlord to sit on his ass and do nothing to rent the unit.

The law requires that the landlord “mitigate” or minimize his damages. He must attempt to rent the unit at the same rate. Because you recently rented the unit, I assume the rent is priced close to market rate. The landlord shouldn’t have any trouble re-renting it for the same price, more or less.

The law is also clear that the landlord cannot be “unjustly enriched.” That means that he cannot collect damages (rent) from you for any time he rents the unit to new tenants.

How do you calculate your potential damages, if the neighborhood is dangerous?

Read your lease. If there is a clause that defines a preset fee as damages you may be liable to pay the fee. You should check with a lawyer regarding such a clause. In some cases they may not be legal or may allow the landlord to be “unjustly enriched.”

You should try to give the landlord thirty-days notice of your intent to vacate–in writing, always in writing. Your correspondence during this period should be in writing, email will suffice. Tell the landlord you didn’t understand that you were moving into a dangerous neighborhood and if he had told you about that, you wouldn’t have signed the lease.

Let’s say you give the landlord notice that you will move out on September 15. If the landlord rents the unit to new tenants for the same price you are paying and their tenancy begins on September 16, the landlord won’t have any damages beyond incidental costs like advertising the unit. Assuming you leave the place in the same condition that you received it, the landlord should also return your full security deposit.

If the rental market has softened in Rockridge and the landlord can only rent the unit for $1,800.00, you may be liable for additional rent of $100.00 per month until expiration of the lease–approximately $900.00. The landlord should be able to deduct that from the security deposit.

Practically, you should make it as easy as possible for the landlord to exhibit the unit to prospective tenants. Work with the landlord to make sure any other issues that arise during the rental process are resolved smoothly.

You should not, however, agree to assume responsibility for the entire rental process, like maintaining the advertising and arranging the showings yourself. I’ve heard too many stories in which tenants have done all the work to rent a unit only to find that the landlord refuses each and every one of the applicants and demands rent for another month.

Some landlords will see this as an opportunity to collect rent without putting up with pesky tenants. If you give notice to vacate, that’s exactly what you should do. Despite any threats from the landlord, do not cave into the suggestion that you continue to pay rent after you’ve moved.

If you give a landlord a chance to sit on his ass, nine times out of ten, that’s exactly what he will do.