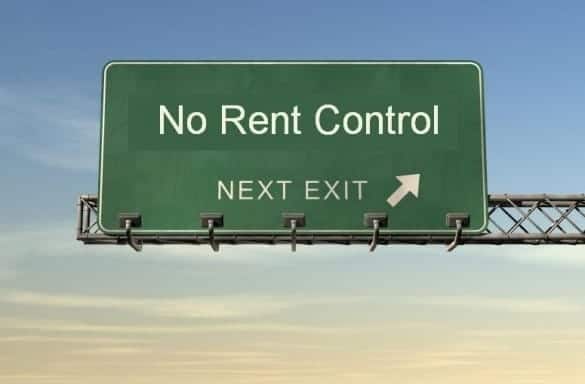 I think I have been screwed by Costa Hawkins. I live in Noe valley SF in a rent controlled apartment. I have been at this apartment for 4 years. The lease is in my roommate’s name. He is moving out and the landlord wants me to sign a new lease and increase the rent 50%.

I always paid my roommate directly without exchanging money with the landlord.  But the landlord knows that I have been living here, he has my phone number etc.

Do I count as a tenant? Can I argue that even without being on the lease rent control applies to me because that was my only residence for 4 years?

Note that I’m OK with increasing the rent but hopefully not that much (I’d be happy with 25%). Do I have anything to negotiate with or can he just make me move out if I don’t accept the new rent?

Of course you count as a tenant.

Rent Ordinance §37.2(t) defines tenant: “A person entitled by written or oral agreement, sub-tenancy approved by the landlord, or by sufferance, to occupy a residential dwelling unit to the exclusion of others.” Note that a tenant under the Rent Ordinance can even be a person at sufferance, the legal term for a holdover tenant, a tenant occupying a unit without permission from the landlord.

Judging by the behavior of the landlord, you are an approved subtenant because he is willing to negotiate a new lease with you and let you remain in the premises.

The problem is that the rent control provisions of the Ordinance don’t apply to you because you are a “subsequent occupant.”

If the original occupant or occupants who took possession of the dwelling or unit pursuant to the rental agreement with the owner no longer permanently reside there, an owner may increase the rent by any amount allowed by this section to a lawful sublessee or assignee who did not reside at the dwelling or unit prior to January 1, 1996.

If you are a regular reader of “Tenant Troubles” you should recognize that California Civil Code §1954.53 is called the Costa Hawkins Rent Housing Act, a bi-partisan law enacted in 1995 by the band of pandering griftocrats we call our state legislators.

Costa Hawkins eviscerated local rent control so bona fide tenants like you get screwed because you’re not an “original tenant.”

The only way you can argue that that you could be entitled to the rent control protections of the Rent Ordinance is to prove that you are a “co-occupant.”

When all original occupant(s) no longer permanently reside in a rental unit, and the last of the original occupants vacated on or after April 25, 2000, the landlord may establish a new base rent of any subsequent occupant(s) who is not a co-occupant and who commenced occupancy of the unit on or after January 1, 1996 without regard to the limitations set forth in Section 37.3(a) of the Rent Ordinance unless the subsequent occupant proves that the landlord waived his or her right to increase the rent by:

(1) Affirmatively representing to the subsequent occupant that he/she may remain in possession of the unit at the same rental rate charged to the original occupant(s); or

(2) Failing, within 90 days of receipt of written notice that the last original occupant is going to vacate the rental unit or actual knowledge that the last original occupant no longer permanently resides at the unit, whichever is later, to serve written notice of a rent increase or a reservation of the right to increase the rent at a later date; or

(3) Receiving written notice from an original occupant of the subsequent occupant’s occupancy and thereafter accepting rent unless, within 90 days of said acceptance of rent, the landlord reserved the right to increase the rent at a later date.

As you can see, it’s very difficult to prove that you are a co-occupant unless you moved in at the same time as the master tenant or established a direct relationship with the landlord, e.g. paid the rent directly to the landlord and the landlord treated you like a tenant and promised you (in writing) that someday you could “inherit” the tenancy at the same rental rate.

Try to make the best deal possible with the landlord.

If you fail to come to an agreement, remind him that he must serve a 60-day notice to increase the rent more than 10% (Civil Code §827.) Then take all of you documentation to the San Francisco Tenants Union and purchase a membership to assess your chances for success if you file a Rent Board Petition for a wrongful rent increase.